Only the Good Fridays 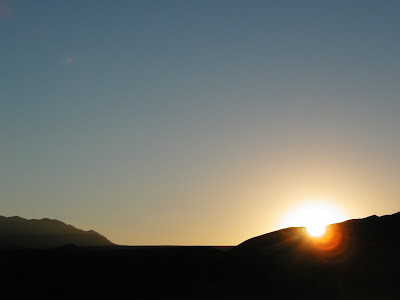 I came across this Only Good Friday idea a week or so ago. I want to be a part of it. Shelly, the very creative person behind the Good Fridays theme, writes a few blogs. Check out the idea behind Only Good Fridays HERE. Her regular blog, This Eclectic Life can be found from there, or you may try This Link

So, lo and behold, here is my first attempt at posting nothing but "Good" on Friday.

Got up this morning knowing I just had to respond to the only Good Fridays theme I heard about and post a story or other vignette that exemplifies something good, something positive in the world or my life or someone’s life. I better get some coffee started for this chore. After all, Mrs. Spadoman is home today, (she never works Fridays, that’s good right there, for her), and she likes that first morning cup handed to her right upon awakening.

There, that’s better. Good hot cup of my friend Steve’s Smokey Double Dark Blend. Or what my friend Batmo refers to as, “Damn” . Hot mug nearby, out of the way of my flying hands and elbows, as they hurriedly type my own thoughts. Don’t want to spill on the keyboard. If the Grandkids caught me in here with food or beverage, I’d sure hear about it. There is no eating or drinking when on the computer you know. 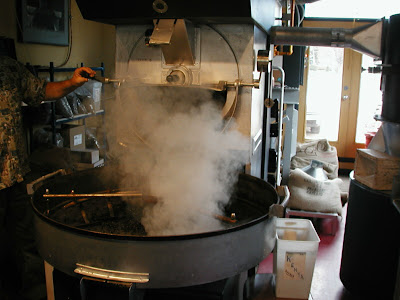 I’ll dive right in and start writing. Let’s see, something good, some positive thought. An uplifting item for people to devour. Something that will enrich the life and mind of the reader even if only for today, Friday. I don’t have any recent or topic pictures to share, so it has to be the written word. I could go into the iPhoto application and search the 5000 or so photographs. Surely I could come up with a topic where I could illustrate the prose.

Okay, I’m on the fourth paragraph and still nothing that jumps right out there and tells me. "This is positive. This is it, the subject matter for your first attempt at only Good Fridays."

As I ponder what to write, I glance out the window. It faces my new back yard. I say new because we just moved in to this abode a day or so longer than a month ago. This is the first house we have owned in over eight years. Feels good to have my own home again, even if I know I’ll never make it to the end of the thirty year mortgage paying process and actually own the damn thing. Ooooops, that wasn’t so positive, was it?

But the back yard is beautiful. The early morning sunlight is breaking through the tall pine trees. I’ve heard the black crows cawing their song. The cardinals and bluejays have been chirping away and the family of robins that have taken over the underside of the deck are a noisy bunch. Either they are the most positive birds in the universe or they are the angriest mob yelling at their friends as they make so much noise and chase each other around from limb to limb to puddle to puddle. 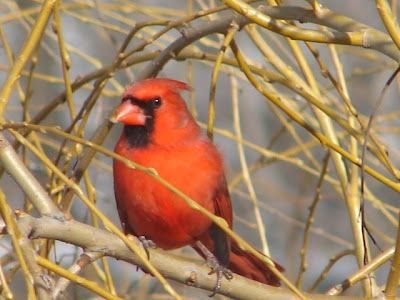 The natural world doesn’t have to look for positive things. Life just is what it is. I doubt that in the life of the rabbits, squirrels and birds around my neighborhood there are meetings to discuss laws or blogs to disseminate the news. No attacks on the beings of the neighborhood, no murders, no traffic or personal injury accidents caused by anyone within their own natural community.

Old Sol rises every day, no matter what. The timing is impeccable. Some days I don’t get to see the magic as Mr. Sun hides behind the clouds, but he is there every day, no matter what. The landscape is there too. In different light as described by Mr. Sun’s appearance, and with different accents like dripping leaves and branches, puddles from the rain, or blowing in the wind this way or that.

That’s it. While sitting here trying to think of something positive to write about, I witness this show of nature. It happens every day no matter what frame of mind we’re in. All we need do is look at it and be aware of it. It is steady, and positive if we let it. If we think of the magnificence of the natural world and learn that no matter what we worry about, it keeps on keeping on, we can find a positive spot on our own time line.

It takes some effort. More effort somedays than others. But it’s there, and it is positive. Beauty can be found there if you want things to be beautiful. There, now I’ve found the camera, I’ll just go out back on the deck and take a picture or two. It doesn’t say ‘Point and Shoot Camera’ for no reason. It’s simple. Just, well, point, and shoot.

There, a nice picture or two to go along with the most positive thing I could think of to start this Friday or any day. A natural thought about our wonderful natural world and how I am alive in it. How positive a feeling that I woke up again and have been given another day. That I have a beautiful place to live. That I have a family that loves me and I actually believe it and nourish that thought. 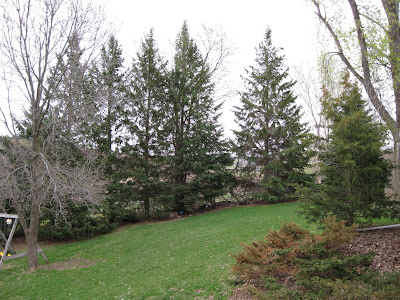 The back yard at Spadoville

I admit, all days aren’t like this. I sometimes don’t feel so positive. Somedays, I feel alienated and not loved and not wanted. Some days I don’t feel so good. Age and the health tragedies of the past make sure of that. But today, thinking about it, wanting it to be so, I have it. And even if for only a glimmer of a moment, I am just a being, right out there. If I wasn’t so big and grounded, the robins would be chasing me all around and maybe the crows would be telling me a different story than the one they seem to tell me every day, if I listen. 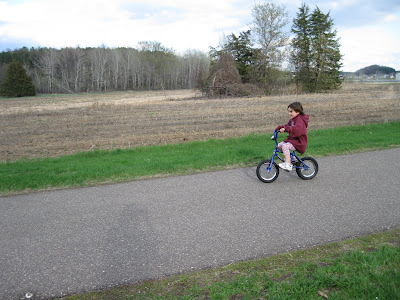 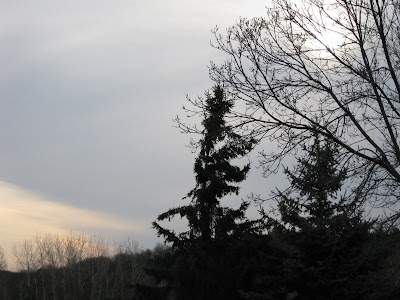 A view of the Spadoville early morning sky on May Day, 2009.
Posted by Spadoman at 5:37 AM

I can think of one thing to add to my Good Friday: this post. Thank you for the reminder.

i am finishing up my friday (that wasn't so good) and ending on a positive note. thank you for this my friend :)

i know what you mean about nature. the cousins to your backyard birds- live in mine :) i have a cardinal couple and some noisy jays. i also have robins who give me the stink eye everytime i pull into the driveway- because i disturbed them :) i have loads of grackles and some crows and little brown birds i think are wrens- but could be sparrows. the first daylight when we have the windows open and the sun is shining- it's a cacophony. :) mr. betmo--- not impressed. but i love it.

usually my happy is bittersweet- i feel like frodo with a never healing wound. but i can live in the moment a bit better these days and i force myself to find the positive :)

and yes, when i took my first sip of the smoky- i said 'damn!!!' that first taste for the uninitiated- is like a roller coaster :)

LIFE is good.
I love my patio time.
Even in 48 degree weather I made the time to fill the feeders, stick out some fresh/old corn for Frank (the ground squirrel) and swing a bit before retreating indoors.

*sigh*
It's such a wonderful moment in time, every time.

Ty.
This, was excellent.

All those things are good. Nature does remind us that all we have to do is just "be." Even though I've been grieving, I am looking at my world and seeing "good." I'm finding happy memories and looking at nature, and reading posts like this one.

I promise you, Spadoman: If just on Fridays you practice "seeing" the good, it will start to spill into other days.

That's not to say you won't still get snarky about our Southern accents, :-) but as trite as it sounds if we practice seeing good it gets easier.

Thanks for joining the fray. I'll get you linked up tomorrow.

Welcome! It may be Saturday now, but you are one more good thing in Thorne's World. I love that you bring Mrs. Spadoman her coffee. My GirlyBoi does that for me, and it doesn't get much better than that! Your post and photos made me smile.