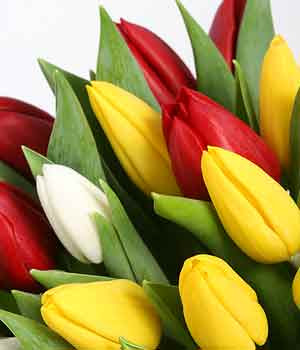 Beautiful Tulips, one of my favorites.

So, I’m sitting around last week about this time, and wondering what to do for my Mom for Mother’s day. She lives 400 miles away. I took the easy way out and ordered flowers. I sent tulips. I sent the larger of the vases of tulips offered on the FTD website, but not the biggest and best vase that was more money. I didn’t get the cheapest, and I didn’t get the best. I went the one in the middle. That satisfied my guilt for not going out and shopping for a real thoughtful gift.

My sister lives real close by to my Mom’s place and takes care of many of Mom’s needs. Mom doesn’t drive anymore, so all church going and grocery shopping or anywhere, actually, is taken care of by big sister. I sent two of these vases of tulips. I sent a second one for my sister. She is a mother of two grown men and now serves as a mother for our mother.

On Mother’s Day, the traditional and obligatory phone call was planned to wish a Happy Mother’s Day to my Mom and sister. But they called me instead of me calling them. I shared my 60th birthday, May 10th, with Mother’s Day this year. My sister, wanting so bad to give me a ration of crapola because I was finally in the same decade as she is in, placed the call to me. She is 67!

My Mom was with my sister, so I talked with Mom and wished her a Happy Mother’s Day and my Mom said Happy Birthday to me.

My sister mentioned that the flowers came and they were beautiful. I felt good that they liked them. Since my sister thanked me, I thought she got her vase and my Mom got one too as my Mom said “Thanks” for the tulips as well. I get this next phone call on May 13th, and my sister asks me if I sent two vases of flowers. I said, “Yes, I sent one to you and one to Mom.”

Then she goes on to tell me that she received a vase of tulips last Friday, as I mentioned to her to look for them. Even though they were addressed to her, even the card, she gave them to our Mom. Mom thought they were beautiful. Then Wednesday, May 13th, she received another package. Another bouquet of not so beautiful funky stinky rotting tulips!

This second delivery had my Mom’s name on the card. Sis figured it out and called me. She thanked me for the flowers as she realized I had sent them both a bouquet.

In my own personal life, my Mom is getting old and speaks about God, as she understands God, to take her. She doesn’t eat or use the oxygen she needs and may think that she will hasten her reality of death by neglecting food and air. A friend took a fall off his stairs at home. He now lies in a hospital bed. Atrocities continue for millions of the world population.

Makes my tale of woe about a bunch of flowers seem like nothing, and it is unimportant except to tell a story, weave a web, be a hit man for the good and a thorn in the side of the corporate giants.

So I paid an arm and a leg for these tulips. Money was no object when it comes to sending my Mom a Mother’s day gift at the last minute because I am too stupid to go out and find something nice and full of heart wrenching symbolic meaning. In other words, I didn’t do any shopping until the last minute and sent flowers.

I e-mailed FTD and gave reference to the order numbers of the delivery in question. I wrote to them the evening of the 13th. Early on Thursday morning, right at eight A.M., I get a call. It’s FTD and they want to set things straight.

I was offered a new bouquet to be sent, but I refused sighting that the gift was for Mother’s Day and that holiday was in the past. The operator immediately offered me a full refund. A day later, the charge was debited to my checking account. Now I have had problems like this before, we all might have at one time or another. But I must admit, the quick response and rapid return of my money was a stroke of sheer great business sense, as I will use FTD again and I’m telling you about the way they resolve complaints.

You can pretty much be sure the flowers were grown in America, and the vase was probably made in China. All’s well that ends well.

Here are some pics of the ruined flowers. I also threw in some pretty flower pictures to offset the carnage.

Have a great peaceful day today and everyday. 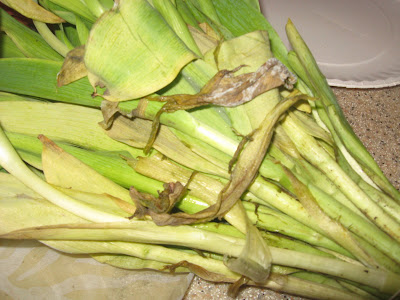 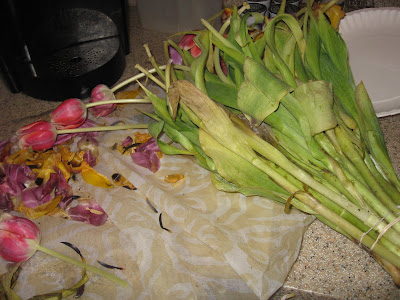 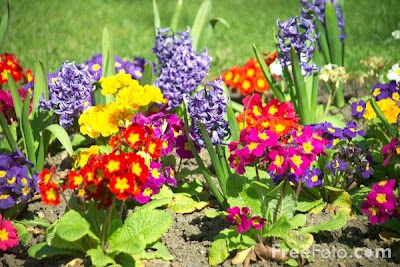 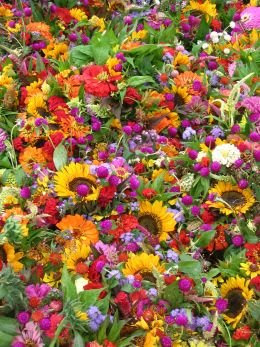 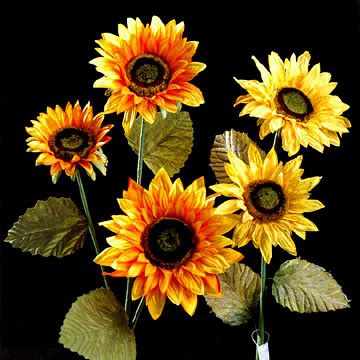 And Oh so pretty!

Can you imagine if your mom HAD been given a vase of rotting flowers: HAPPY MOTHER'S DAY, MOM, THIS IS WHAT I THINK OF YOU. Nice. But I agree that FTD surely set things right, and your sister is a sweetie.

Flower carnage made me laugh. That and the fact that Fergus the Cat has a nose whistle this morning. I didn't think cats could have nose whistling issues, but sure enough, he put his head close to mine a few minutes ago and I hear this (breathe - whistle - breathe - whistle). Awesome.

Good flowers. Bright and beautiful. I am planting more flower seeds today in an old rowboat in the front yard. Maybe I should take before and after pics? :-)
Peace!

I remember you saying you'd send them both tulips and I'm glad you did. It seems to have worked out well in the long run and I'm sure they both enjoyed the flowers and love you sent.

Years ago my mother was in England staying with one of her sisters in her centuries old and rather remote pub in the Lake District (whistling distance from Scotland). I sent her a dozen yellow roses by Teleflora but the dollar was so high compared to the pound they delivered 5 dozen. I still have a picture of my two dear smiling ladies standing outside the pub on either side of an antique table covered with bright yellow roses.

Thanks for the memory.

I once sent flowers to my Mom for her birthday.
Always a spendy endeavor. The floral place delivered them- not only a day late-- but the came very late - after 8 pm, and being an elderly woman, living alone, she did not answer or open the door at night.
So when they finally called her to arrange a time to deliver the flowers the next day-- but get this--
they wanted to assess a *delivery fee* for having to make a 2nd trip!
My Mom called me & said, in all my 80 years, I have **never** been asked to pay for delivery of gift flowers.

I told her NO WAY! Not a dime!
I called the florist headquarters, they clarified, the private florists who are franchises for the national
florist are not supposed to do deliveries after 5pm, and are prohibited from charging more for delivery above what the giver already paid.

Reminds me of the 'dead roses' I received for Valentine's Day one year.

BOY were they dead.
And yup....proudly displayed.

I got more mileage outta that than I care to admit. LOL

I will remember to use FTD. I love to give money to companies that respect the consumer. Once someone does me wrong - if they haven't righted it - I wage war to get my money back and never spend a dime there again. I just sent some flowers to a funeral last week - EXPENSIVE - I saw them and was relieved they were gloriously beautiful