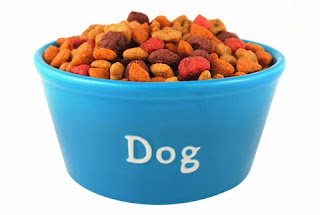 Dog food on a plate

Really, you can’t make this up. Uncanny might be the word, (Yes, pun intended), to describe the reality of this. Let me explain. I’m admitted to the Minneapolis VA hospital last month. I actually had two three day visits there. I was settled into my room and playing a waiting game.

Doctors were waiting for the outcome from blood tests and to see what my pulse rate was going to do as it had shot upward drastically and they were medicating like crazy to get it to go down to what they considered an acceptable level.

It was close to mealtime and Mrs. Spadoman was in the room waiting with me. We gave up on getting any further results of medical tests this particular day. We were content to just wait on dinner before we started another cribbage game.

Can you believe it?

You expect me to eat this?

Mrs. Spadoman was paging through a magazine that she had found in one of the waiting rooms. A Good-Housekeeping or Redbook I think it was. In her usual way, humor-wise, she showed me an advert for some new kind of dog food and quipped, “This is what you’ll be getting for dinner when it comes.”

I looked at the photo and it did indeed look like some kind of beef stew. I think the ad was actually touting the dog food as close to being like people  food as it possibly can be. We discussed the topic for a few minutes and made jokes about it.

Then, as if on cue, my tray arrived. I saw the small carton of milk, the ½ Cup serving of canned fruit and the salad, the napkin and silverware along with condiments scattered across the tray. In the center of the tray was the plastic insulated cover with the entre’ on a plate underneath. I lifted the lid and looked at the slice of bread, the vegetable medley of potatoes and carrots.

Then we looked at the dinner portion of what was being served that night.

Which one should I choose?

We laughed until our eyes were watering. Mrs. Spadoman found the magazine ad and placed the dog food photo up close to the edge of the plate. The photograph immediately below this paragraph is what was on my plate.


I must tell you, care at the Minneapolis VA hospital has always been top notch. I’ve been going there since the mid 1990’s. The food hasn’t always been the best, but having experienced the food service in other VA and private hospitals over the past 25 years, none of them are what I would call excellent cuisine. But this experience was over the top and had us laughing well into the next month.

In other news, today, November 22, 2013, marks the fiftieth anniversary of the assassination of President John F. Kennedy. An event in American history that will always be remembered as one of the greatest tragedies in the history of the United States.

A modicum of Bon Appe’tit, with a large helping of Peace

Well, maybe I did

I've been extremely busy this week. Four appointments at the VA and then did duty to take all four Grandkids to the dentist today. I do have a few posts and stories I've been working on and hopefully will get something of interest going here soon.

First of the Year 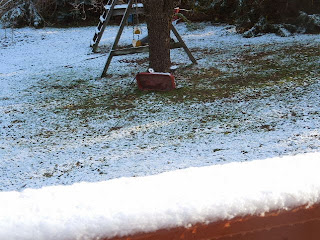 November 6, 2013. A Wednesday. Although there were a few flakes of the white stuff last week intertwined amongst the blustery drizzle and rain, the actual noticeable, measurable snowfall was evident this morning upon awakening. The grass was coated with white. Green and brown blades and piles of leaves still poked through, but for all intensive purposes, it was this Winter season's first snowfall.

I'm going to jot this date down and count the days until I hear the first Thunderbeing's voices next Spring. Maybe I should make a prediction. I will. I'll say it will be April 16th, 2014. That would be 161 days. Just about 20 days shorter than six months, or one half of a year, that is Winter.  Of course, I'm guessing. It may be longer or shorter than 161 days, but it gives you an idea of how long this season lasts up here in the Northland. It encompasses large parts of three actual seasons. Fall, Winter and Spring.

My point being...? There is no point. It's here. A seasonal change that can be seen, measured, and now must be dealt with. The Radio Flyer little red wagon still sits outside, on its side, next to the swings. The Weber didn't get covered after we used it last night. I had to scrape the ice from the rain that froze before it started snowing on the windshield of my truck. Well, Mrs. Spadoman actually went out and scraped it for me because she knows I like to run over to the Dish and the Spoon Coffee Shop to chit chat a bit with whoever comes in that deems me interesting enough to sit down and have a conversation with. And I will, as soon as I finish this and post it.

Grandfather Sun gleams from the sky, a little farther to the South than a few months ago. More sunshine on parts of my house as the leaves on the deciduous trees are gone. Forecast to be near 40 degrees Fahrenheit today, so this snow will be completely gone before dark. But it was marked and calculated and proclaimed:

“Can I buy more time?” I asked the Creator.

“You’ll have all the time you’ll need”, Creator responded.

I’ve been staying busy between hospital and doctor’s visits by being an artist. I’ve completed a few pieces that were promised to people and have some “inventory” on hand. I even completed two pair of snowshoes for a Christmas delivery. I promised the buyer that I would store them until such time that she wants them to give as Christmas gifts. She is a marvelous soul and lives here in town. She bought them for her husband and daughter so they might take up the activity and bond together more closely.

I came across some unusual sticks. I gather these pieces, like one would gather rocks, and just bring them home. Eventually, I get them uncovered from a resting place somewhere underneath the junk piles on my workbenches, (yes, I have three workbenches here at Spadoville, two in the garage and one in the furnace room), and I try to remember the patterns I was pondering when I picked them up.

These sticks of odd dimensions are attached together to form a jagged circle, or enclosure, if you will, and then randomly grabbed, when I’m in the mood, to be laced into a Dream Catcher. I hang them up, if I am satisfied with the results of the main body of it, then decorate them with feathers, leather and beads, braided embroidery thread or horse hair tassels. The chosen decor is also random, but the ideas of what to use comes to me in deep thoughts about the reasons and the person that will receive it.

I have some hand drums to make and will start on them as soon as our annual Los Dias de Los Muertos celebration is over and the out-of-town guests depart for home. My sister and nephew will be here from Chicago and some good close friends from Colorado will also attend the doings.

After this weekend, I will be entering two or three of my pieces to the River Falls Public Library for an art show which will feature local artists. This is not a juried show, but rather a showcase of art in our community by holding an All Community Art Show from November 10th through December 8th.

I’m feeling better, but seem to be tethered to the doctor for a while due to the latest heart episodes that had me in the hospital twice over the month of October. Looks like the trips to Albuquerque and Tucson over the winter are on permanent hold, if not cancelled all together. I need to get used to some changes in medication that was warranted by strange symptoms stemming from a long life full of diabetes, heart disease and more recently, (the past two years), Afib. At least now I seem to understand my Pacemaker/Defibrillator, what it does, and what it doesn’t do, and why I have one in the first place, a little better. 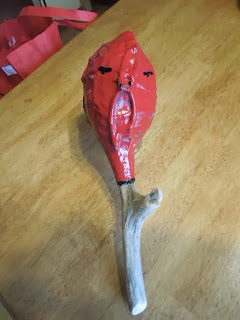 This next set of photos shows a Dream Catcher I made for a good friend. She is a Grand Mother of an 11 year old that suffers from a very rare disease called Sanfilippo Syndrome. The child sleeps with her Grand Mother. I tried to show this close connection and wove one Dream catcher into, or intertwined, with another, showing the bond that exists in real life for this pair of souls. The feathers match, but are opposite in their leaning, the horse hair tassels are symmetrical as well. 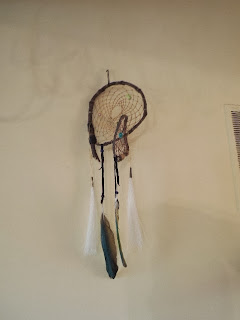 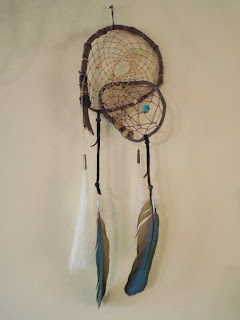 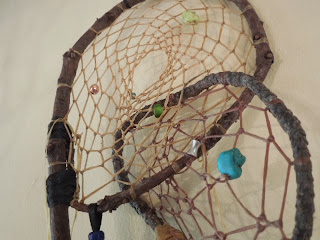 Here are a few more photos of what I have made lately. I’d like to do custom or special orders, but don’t want the pressure of deadlines. If you’re interested in anything you see here, or would like more information, Email and we’ll discuss it. Looks like the creative juices are flowing out of necessity, but I am enjoying finally working at a life-long dream. I still need some larger more dedicated work space. The garage and shed are just too cold in winter. The fluorescent overhead lights stumble and flicker and buzz until the temperatures get above 50 fahrenheit.

We Celebrate Los Dias de Los Muertos, the Days of the Dead, here at Spadoville today and through this weekend. The Spirits of our loved ones are here. I am also remembering my good friend, Gene Artishon. Today is his birthday. He left us way too soon. I can feel their Spirits. We have been visiting already.