Useless Sundry Information and The Real Cost Of War 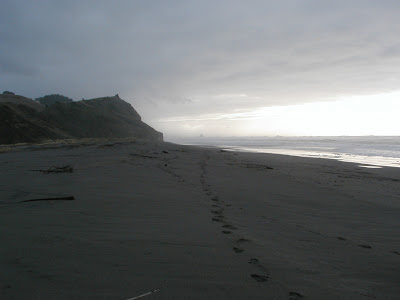 A photo I took a long time ago I call, "Footprints on the Beach", Near Ferndale, CA around 1990. Appropo for the references of the beach at Normandy, France in 1944

Thank all of you for visiting the art auction that I had posted during the last week. I bid on two items and seems that I won them both. They will grace our Days of the Dead display next November.

I have stayed very busy and it looks as though this will remain the trend right on through Summer. Every day I hear about something or some event or I am asked to attend this or that. Now, there is a mini-reunion in the works for later in June with all my cousins on my Dad’s side of the family. I have absolutely no problem changing my plans to attend this event. I was going to be out in Northern California, but I’ll just start the trip a little earlier and head back home in time to make the party.

There are more events coming up in May. Every weekend is full on the calendar and the days of the week are filled with doctor’s appointments, work at the food shelf and general get-something-done-and-finish-the-projects-you-started-like-the-downstairs-bathroom!

So, just for a complete change of pace and some mind fodder for you the reader to read and take a look at, I am posting some very interesting and historical photos. I received these some time ago from a friend that I shared military service with in the 1960’s. It was a whole Keynote presentation. I have copied just seven of these amazing photographs for this post. The entire project has over 40.

If you can, go back to World War II and the invasion of Normandy.

These comparison photos are actual before and after shots of buildings and street scenes from the Allied occupation after June of 1944 and those taken at the same places fifty or more years later.

Having been in the American war in Vietnam, I have seen places where I have served blown to bits, but never have seen any pictures of any rebuilding that has taken place, nor do I know if anything like that has ever been done. Maybe some day I will return to Vietnam, but as of now, there are no such plans in my future.

But I do have some facts about Vietnam and the years the United States was involved there. These statistics are staggering. I will print them after this paragraph and intersperse the before and after pictures from Normandy amongst them. I'm sure statistics such as these will be maintained about the progresss of the current wars the United States is fighting in Iraq and Afghanistan. (Click on any photo for an enlarged view).

These statistics were taken from a variety of sources to include: The VFW Magazine, the Public Information Office, and the HQ CP Forward Observer - 1st Recon April 12, 1997. Read these facts and get a sense of the real cost of war to our families, communities and our countries.

STATISTICS FOR INDIVIDUALS IN UNIFORM AND IN COUNTRY VIETNAM VETERANS:

"Of the 2,709,918 Americans who served in Vietnam , Less than 850,000 are estimated to be alive today, with the youngest American Vietnam veteran's age approximated to be 54 years old." 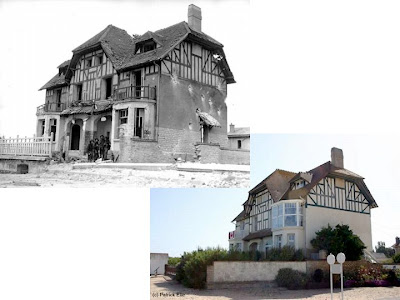 * Of the 2.6 million, between 1-1.6 million (40-60%) either fought in combat, provided close support or were at least fairly regularly exposed to enemy attack. 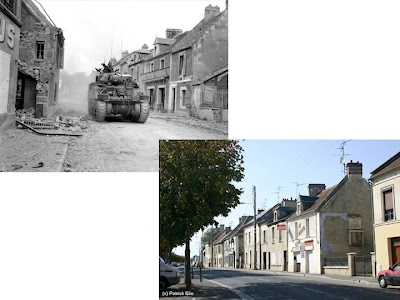 The first man to die in Vietnam was James Davis, in 1958. He was with the 509th Radio Research Station. Davis Station in Saigon was named for him.

Total: 58,202 (Includes men formerly classified as MIA and Mayaguez casualties). Men who have subsequently died of wounds acco unt for the changing total. 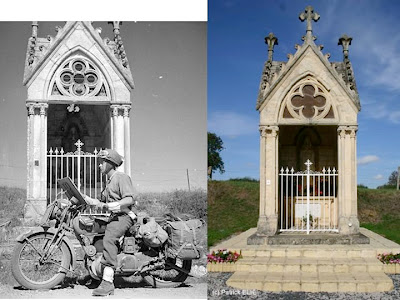 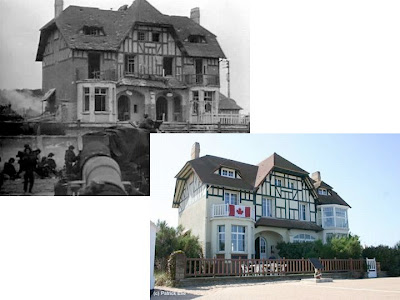 Five men killed in Vietnam were only 16 years old. 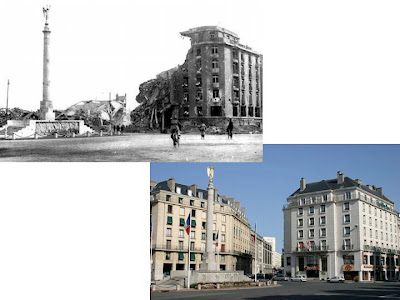 Multiple amputations occurred at the rate of 18.4% compared to 5.7% in WWII. 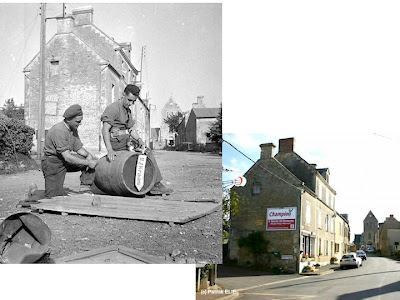 86.3% of the men who died in Vietnam were Caucasian (includes Hispanics);

70% of enlisted men killed were of North-west European descent.

34% of blacks who enlisted volunteered for the combat arms.

Overall, blacks suffered 12.5% of the deaths in Vietnam at a time when the percentage of blacks of military age was 13.5% of the total population. 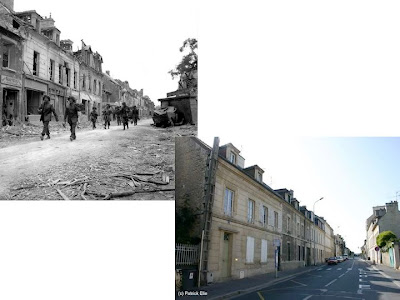 Vietnam veterans have a lower unemployment rate than the same non-vet age groups.

Vietnam veterans' personal income exceeds that of our non-veteran age group by more than 18 percent.

76% of the men sent to Vietnam were from lower middle/working class backgrounds.

Three-fourths had family incomes above the poverty level; 50% were from middle income backgrounds.

Some 23% of Vietnam vets had fathers with professional, managerial or technical occupations.

79% of the men who served in Vietnam had a high school education or better when they entered the military service. 63% of Korean War vets and only 45% of WWII vets had completed high school upon separation.


There is more information available. If you are interested in receiving the entire Vietnam statistics report and/or the Normandy Keynote Presentation, let me know via e-mail and I’ll send them along. In the meantime, have a great day.

This is a great post, Spadoman. Thank you for going to such immense trouble to harvest all this very telling information. I have a stepson-in-law in Orange County CA who served as a pointsman in Vietnam, so I'm aware of some the perspectives you develop so cogently.

Also, although the Normandy beaches are a long way from where we live in the Deep South of France, we have been there and can confirm that there are now few relics of the damage that was done. Worst to suffer in the months after D-Day was the town of Caen (subject of the photo with the memorial column), which has been entirely rebuilt and has an air of newness about it even though the original buildings were restored rather than rebuilt. Our nearest invasion beaches over which US troops surged in August 1944 alongside their French comrades-in-arms are in Provence, where the combat was short and sharp and damage was much more limited.

Sorry to be so greedy with your comment space.

first, thank you for your participation in the shrine auction. i am thrilled especially for your dancing skeletons!! one of my personal favorites! and you also managed to acquire stephanie's delightful piece. they will be thrilled to know the place of honor each will receive in your dia de los muertos celebration.
you will be amused to know they are dear friends and host an amazing online event called dia de bloglandia.
i am sure you will love participating in this yourself.
you can find both their blog links on the side bar of my blog. the journey there will be well worth your time.

thank you for your recognition of those who served in vietnam. my father was a corpsman in da nang, he was navy, detached with the marines. he was also one on the oldest serving in vietnam. he turned 45 while there.
what i want to share with you is that my mother went with an amazing group to vietnam. a service group created by a vet who wrestled with the destruction and loss from his years there. part of his own coming to terms was to create this group. they take a yearly trip to vietnam and each excursion is thoughtfully crafted to take those who have served or family members back to the key places of their or their loved ones time there. there is significant service work involved. my mother loved her trip made in honor of my father. it remains one of the most significant journeys of her life.
i will get back to you with the name of that group...

hoping for peace, one day.
x..x

p.s.
I'm so happy that you will have my shrine. I'm sure Rebecca will send along all the info and I will get it off to you soon.

I've been on the beaches here and stood on Pegasus Bridge, very humbling to stand in these places and know how many people died for me to be able to do that.
And very sobering to read the Vietnam lists.
War sucks , end of.

Excellent post, Spadoman, and the comparison photographs are a great counterpoint.

My father was at Normandy on D-Day but was lucky to be part of the flotilla of ships that stood off shore rather than be in the heart of that terrible battle.

Some friends of mine were invited to North Vietnam a few years ago to participate in a sculpture for peace program.

I hope the idea of peace catches on here someday.

Some things can be restored. The photos are amazing....and sad.....

It all makes me somber...and sad.

those statistics render me speechless

I'll return when I have something eloquent to say

Very interesting facts and photographs about both wars. I was a kid living in Canada during the Vietnam War and I remember seeing b&w images on the television from there. It wasn't until I was a teenager and saw war photographs and watched Hollywood movies about the Vietnam War that I began to see how deeply that war impacted Americans as a whole. It's hard to believe that so many Vietnam vets have passed on already...it doesn't seem that long ago... One thing that I really appreciate about this post is that you are able to voice your opinion about that war and the current wars in Afghanistan and Iraq. You're opinion matters!

Have you ever seen the movie Wings of Desire? It's slow but beautifully shot. In any case, there's a long scene where an older actor sits in the back of a cab while the driver takes him through Berlin to a WWII film shoot. As he looks through the window at modern Berlin, old film footage from just after the war takes its place so the viewer can compare the city then and now.

And I'm so glad that you won my shrine. After I read your comment, I told Rebecca that I was all ready to forget the auction and mail you the piece! Your bid will help kids in Oaxaca receive an education. Thank you for that.

Oops! I meant to write your opinion matters!

Thank you all for your comments and for stopping by here at Round Circle.

Peace. Above all, Peace.

Yes, above all, peace.
It's terrible to know that war still goes on today all over the world. And worse, that in spite of the things we could have learnt from the statistics you so tellingly quote, the countries that fought those wars are still prepared to fight now. Still sending young people off to die and suffer. And for no better reasons than before and seemingly with no better results.
Peace.