A Song for Your Birthday 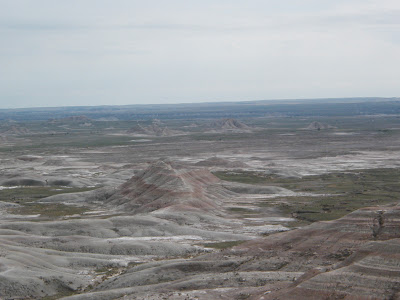 
This was fun. I was on Facebook, you know, the dreaded and hated by some, can't live without it by others, site. A Facebook friend, and fellow blogger, John Good of "Left in Aboite" blog fame had updated his status with a whimsical idea. That was to find the song that was number one when you were born. I immediately got curious. What was the number one song in May of 1949, almost sixty one years ago?

I did a Google search. I typed in "Number one song in 1949". I first got a question asking if I wanted the UK or the US. Okay, I thought, I want what was number one in the US first, that's where I was born. The exact place was Garfield Park Hospital in Chicago. The hospital is gone now. I researched for a while and seeems the the best of anyones recollection, it was shuttered in the late 1960's. I know it stood at the corner of Washington Blvd and Hamlin Ave., just across Hamlin from the actual park that was named Garfield Park. This Site has some interesting history about Chicago hospitals in general.

Back to the songs, and to the charts. Well, Vaughn Monroe had a great song out at that time and it became a number one hit on the Billboard charts. It was called

Ghost Riders in the Sky (A cowboy legend) 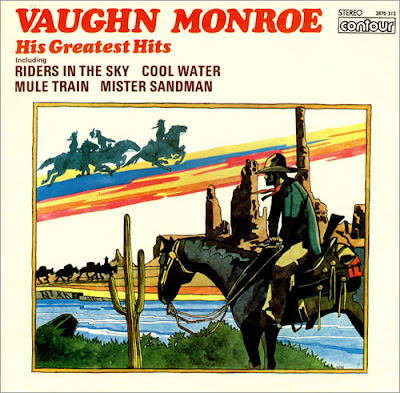 The websites I found that could tell you the number one songs on certain dates didn't let me see the UK number one for May of 1949. I don't know what's up with that. I'm guessing a lot of big band stuff was still going strong and folks like Frankie Laine, Louis Armstrong and the very young and talented Teresa Brewer were high on the charts. I wonder how much of that old music is still out there. Plenty, I'm sure. One local public station in the Twin Cities, KFAI, has a weekly show hosted by Pete Lee called Bop Street. It is heard every Monday in the 3-6 p.m. time slot, (That's Central time zone if you go there), and KFAI streams, so you can have a listen on your computer. Lee plays the songs of the 40's and 50's era and many big band and Pop hits.

I've got a good setup. I have a wireless system that allows me to tune in on my computer in the back room, and play through my Bose equipment in the living room. We can also play our ipods there on the Bose. Mrs. Spadoman's is red, mine is orange. Each has as many songs the same as different. These days, I'm listening mostly to blues, reggae and rock from the 60's and 70's. CSNY, Beatles, Stones, The Who might be some of the artists you know. Alex Harvey, Big Twist and the Mellow Fellows and Zola Moon might be a few you don't.

So, what was the number one song on YOUR birthday. GO HERE and find out. We'd all like to know, so post the answer. I'll bet there will be quite the variety. Also, just a thought. Is that song you found out about the same genre you listen to today? Just curious. Have fun.

I'll leave you with a Johnny Cash version of Ghost Riders in the Sky from YouTube. It is a 1980 performance from The Muppet Show. He originally recorded the Vaughn Monroe classic on his album "Silver" in 1979.

US: Can't Buy Me Love, The Beatles
UK: World Without Love, Peter & Gordon

I found my birth year came out with
Tequila (The Champs)

Later, The Ventures took it to another level....

The Thing by Phil Harris was top in the US in 1950. Apparently, in the UK, the first record sales chart began in 1952, too late for me :)But the most popular sheet music around then (Nov to Jan) was Rudolph the red nosed reindeer.
Hmmm! No, I can't say this is the kind of music I enjoy most these days :)

This was fun. I hope more come over and try it. Conjurs up memories for me. I looked up my daughters and Grandkids as well.

Thank you all for your participation.

I,LTV... Always a hit with any Beatles song. Lucky you. Nothing Ho Hum about either of these. Right in the middle of the British Invasion of the US. Cool!
Thanks.

Fran... Good one. Another I remember well. Thanks for stopping by.

Mel... WHAT! I sent you the link by e-mail. Hope it works for you. Otherwise, you'll have to divulge your birthday, AND the year, so we can look it up!! Thanks for being a part of the fun anyway.

Mig... If Christmas music was any good, they'd play it all year long now, wouldn't they? Thanks so much for gracing these pages and joining in on the fun.

And nope--I am NOT an Elvis fan.
At all.