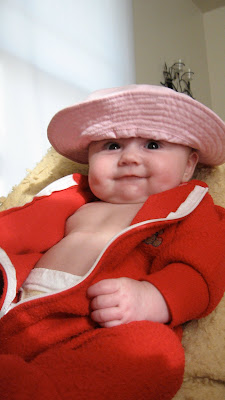 
I almost forgot about the date when I started this post. I almost typed in 2009. It is 2010 after all. I didn't make any new years resolutions, but I did start doing a few things differently after the hubbub of the holidays were over. Seemed like a good a time as any. Usually, people eat way too much and they start a diet, or they spend too much and start to save money, things like that. Believe me, I'm aware of those things and will automatically try to corral food intake and money spending, but not because it's the next year on the calendar. Some folks are talking about it being the next decade. I won't get into that argument of whether we start counting at 2000 or 2001 or 2010 or 2011. I don't care. It must have been a lot easier for folks when it changed from 1899 to 1900. They didn't have to worry about saying twenty or two thousand before the number. It was simple. Eighteen, nineteen. Oh well, I've screwed around here long enough saying absolutely nothing of importance.

So, here's the deal. It's Ruby Tuesday. I first heard about this weekly post theme from Pagan Sphinx. The Pagan posts a lot of art. The real thing, most of the time complete with explanations. I like it as I am learning something about art and artists, their styles and their works. For me, a real learning and eye opening experience as I never paid much attention when I was in high school, and in college, when I took an art appreciation class as an elective, I didn't get it at all.

As far as the Ruby Tuesday sites go, I looked at some of them and saw that there are some great photographers out there. The author of this theme, Mary, mentions a subject, and the readers/followers post pictures with red in them, hence the name Ruby. I have been going back to Mary's site, which is entitled, by the way, Work of the Poet. I tell you, there is so much to see and read on this blogger's sites that it truly amazes me. Definitely go take a look, and maybe join in on the fun.

I see that this weeks subject is books. Well, I didn't take any pictures of no books. (Double negative on purpose for effect). But it also says to just post pictures with red in them, so that's what I'll do. I took all of these shots at one time or another. Obviously, some of them have great meaning for me in my life. As I looked through just a few of the thousands of pictures I have taken digitally, (and a few with 35mm film over the years), I came up with a few where the red in caught my own eye. 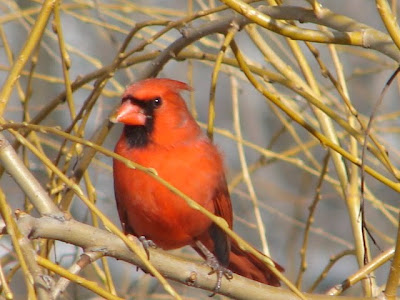 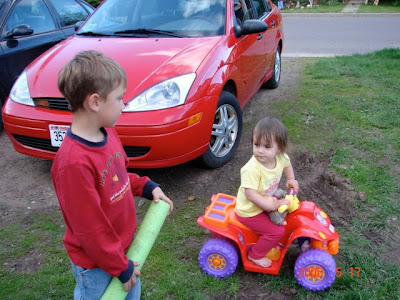 Ruby red cars and ruby red clothes, the Grands out in the driveway. 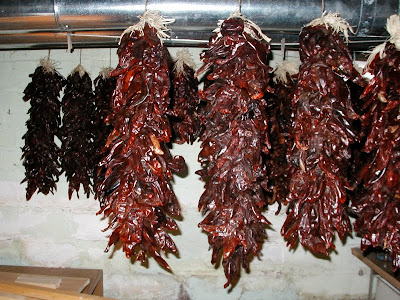 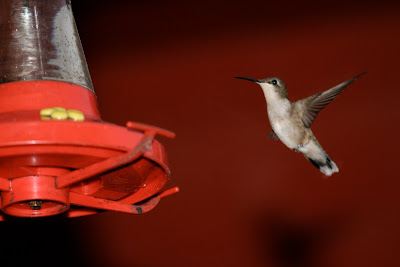 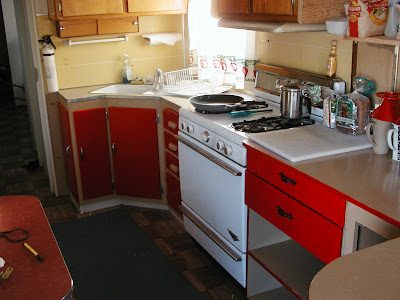 Painted kitchen cabinets at our old place on the California coast, circa 2003. 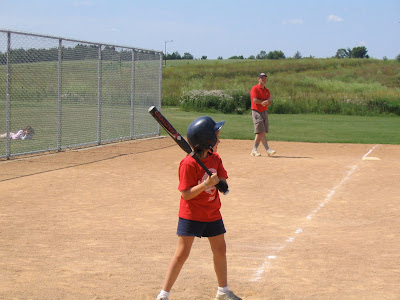 Team colors. Another Grand, up to bat, with a coach. Play Ball! 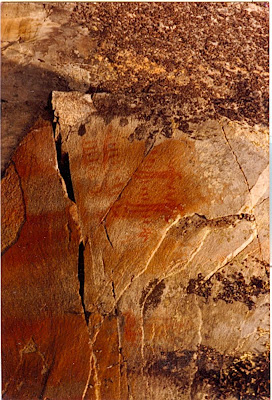 Hope you enjoyed the pics.

Joe, these are so good! My favorites are the cardinal and the hummingbird. Not only because I love birds but also that they are really crisp, excellent shots. As always, I also loved the grandkids. That little one on the trike? I want one just like her! ;-) I guess I have to be patient...

The double-negative made me smile. What? You ain't got no stinkin' books to take pitchers of? ;-)

I didn't have time to join this week but I'm glad you did.

And thanks for the nice comments about the art on my blog. I'm such a novice. A kid in a candy shop, really. I never took an art appreciation course in my life. I guess I just have a natural passion for it. I try not to get caught up in the intense art discussions I see on the blogs of intellectuals. I find that it ruins my fun.

tee-hee, I had to come back and giggle at that funny baby!

Excellent photos.
I'll go with the hummer and the chilis...and the cardinal cuz I can never quite catch one that close or that clearly. Oh, but they're gorgeous in the snow right now.
(which reminds me--I need to get seed out on the tray...maybe with luck I can get a photo?...yeah....LOL....right!)

(And I laughed at the double negative--only because I frequently slaughter the English language on purpose and with great delight!.....cuz I can....nah nah nahhhhh nah! )

Happy Tuesday to you--and thanks for the peek into your life.

gorgeous smiling baby! and a lovely selection. . . what a great glimpse into your life

Spadoman, Welcome to Ruby Tuesday!! I'm delighted you decided to join us. I run Ruby Tuesday every Tuesday (I post around 3:00 PM the day before, Monday, for our global players) and there isn't always a theme or suggestion from me. The only rules are: A little or a lot of RED in the photos and the photos have to be your own. That's it. I let out a big "Aawwwww" when I saw that first photo! All your others are marvelous and I look forward to more.

Ain't that Pagan Sphinx the greatest?