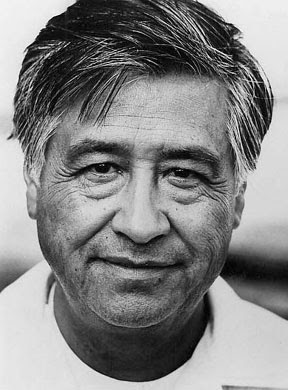 
One of the highlights of my time on The Longest Walk was to be at the United Farm Workers Headquarters at La Paz, located in Keene, California. Keene is just East of Bakersfield in the mountains, right near Tahachapi pass on California Highway 58.

Today, March 31st, happens to be Cesar Chavez’s birthday. he passed in 1993. Chavez was the leader of the United Farm Workers Union and is considered a liberator of sorts to the Mexican American people who worked as fruit and vegetable pickers. Cesar, along with Delores Huerta, ran the United Farm Workers and started the union after multiple attempts to join with other labor organizations to bring better working conditions and better wages and benefits to the membership. I had the extreme honor to meet Richard Chavez, Casar’s brother while I was at La Paz. I also met a grand son, and Dolores Huerta fed us and donated lodging in the form of a large meeting hall when we spent four days in Bakersfield. Ms. Huerta is still active and keeping the fires burning through the Dolores Huerta Foundation, who sponsored our stay.

The problems are age old. The workers were exploited, plain and simple. Labor contractors would hire the farm labor. They were told they would be paid a certain wage. Often, the quoted wage was not paid, and whatever was paid was minus many deductions. Deductions for bus rides to and from the fields, deductions for housing that was provided, but was a tarpaper shack with no amenities. Deductions for goods, food and staples, bought at a company store at extremely exorbitant prices.

These inequities continued for years and years. Every attempt at organizing the workers or to hold a strike for the reversal of these atrocities was thwarted by the growers who hired goon squads to keep their thumbs down on the workers. 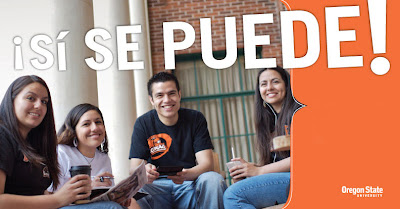 "Si, Se Puede", the slogan for the UFW, and the Obama campaign.

The history of exploitation of farm workers in Texas and the lush growing valleys of California is legendary. The fight still goes on today. In the past couple of years, the problem of immigration has been discussed. The immigration discussion is not about people from all over the world that want to immigrate to the United States, it is about Mexican, Latino and South American people who are solicited by the corporations to work for low wages to maximize their profits and are never held responsible for the workers being here.

Cesar Chavez certainly was a hero to the people. His methods were completely nonviolent. This trait he learned from his Mother. He convinced the people that no matter how hard the opposition to their organizing efforts pushed, the membership would withstand it and the strike continued. Concessions were finally won on front after front and conditions did improve under Chavez’s leadership. 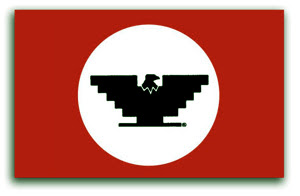 The flag of the United Farm Workers

Cesar was born into a family of farm workers and lost their family farm to foreclosure when he was 10 years old. The family traveled from crop to crop and season by season went to work. When the work dried up, they would move to the next area where there was work. Most of the time, the wages earned were barely enough to drive to the next work site. Many times, the family went without nourishing food. Having experienced this life first hand, Cesar decided to devote his life to making the conditions better for the farm workers who were caught in this cycle.

As the Union leader, he didn’t get rich, but rather took a small paycheck and demanded the other union workers do the same. He felt that to help the workers and understand their problems, he and the staff should not be above them in wages or benefits. It is by this example that Chavez was so successful. he identified with the people who he was trying to help.

His methods were spiritual as well. He prayed and meditated. he would think things out and not react to every problem without thought and discussion with the rank and file of workers. One of his most epic moments was a period of time when he withheld food and fasted to make his point. Taking personal action over violence. 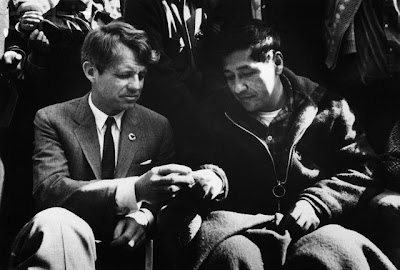 Bobby and Cesar on the last day of the 24 day fast.

At the headquarters at La Paz, where I had the honor of visiting, there was a foothill that he would climb to collect his thoughts. It was here that he fasted for 24 days. Robert Kennedy, another public servant, was there to help him break his fast. Chavez said that to fast and suffer was one way to set an example to the membership to show them that he was not above them and that all men and women should have an equal opportunity to survive without want of basic needs of food and shelter.

We stayed at the UFW headquarters at Keene for two days. They fed us breakfast, lunch and dinner. We camped out for the most part. Some of the Elders were given small houses to stay in. I slept and camped in my van while there. It is quite a beautiful place. Our host, a caretaker named Danny Romero, said to make sure if I ever traveled through the area again that I stop by and say hello. There would never be a problem to put me up for a night or two if I was in the area.

Earlier on the Walk, we went through a small town in California’s Central Valley called Delano. We have a Delano in Minnesota and it is pronounced like Franklin Roosevelt pronounced his middle name, that is, Dell’-Ah-No. The small valley town was called Dell-Ah’-no. More of a latin flavor. Delano is where the Chavez family lived when Cesar was younger. When he made up his mind to attempt to start a union and work the rest of his life organizing and trying to better the lives of the farm laborer, he chose Delano to be home.

At a place now called 40 Acres, there is a hall with a kitchen and a house. It is a beautiful piece of land with palm trees. The area is surrounded with almond trees and grapevines for many miles in every direction. I am understanding that Cesar Chavez’s wife, Helen, is ill and being taken care of at this house by family members. The Walk people stayed at the hall. Some slept inside, some camped outside. Local volunteers came and donated their time and effort to feed us. They brought water and told stories. They shared their lives with us. I met two fine people while at 40 Acres. Kari and Johnny. Their last name escapes me right at the moment. They cooked a meal for about 100 people all by themselves, providing everything from their own pockets. Later in the Walk, Kari called me as i had given her my phone number. I told her to call if she ever wanted to see how the Walk was progressing and she did. She told me that she had been at a Sweat Lodge ceremony and that they prayed for all of us. The gesture was from the heart and I cried when she told me.

One day in Delano and two days at La Paz. Three days of the two months that I spent on the Walk. There were many days like these throughout the journey, and although I had to return home to mend from the lung ailment, my heart will be out there on The Longest Walk.

The above is a reprint of a story I wrote last year commemorating the birthday as United Farm Workers leader, Cesar Chavez. 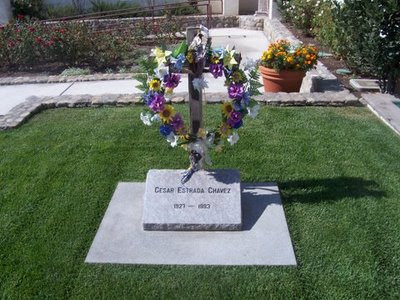 A year has passed since I was on The Longest Walk II. I vow to someday return to LaPaz. Maybe this summer as we attempt to travel across the country with Grandchildren in tow. Maybe a stop at LaPaz is in order to tell the children the story of a great leader of the people.

HERE is a site with many pictures of LaPaz in the mountains near Keene, CA.

Peace to All as All life is Sacred.
Posted by Spadoman at 3:14 AM

He was/remains one of my heros. My ex SO who is an organizer came up under CC. We need more like him today.