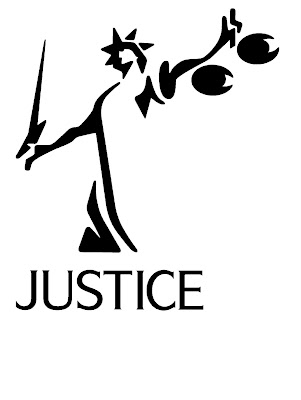 Remember the post I did a few days ago about the pay phone charges from a pay phone at the VA? I posted it on February 21, 2009, not that long ago. The phone I used had the Qwest logo on it, and the bill I received from Qwest for using it for a short, less than three minute, long distance call seemed rather outrageous at $21.16.

Well, I wrote to Qwest and got a response. Then, after a few days, yesterday in fact, I received this e-mail from them:

I was able to get more information regarding the credit card call that you placed. This call was placed on a contracted private payphone at the VA Hospital. These rates are the tariffed rates approved by the Public Utilities Commission of Minnesota. The breakdown for charges is as follows:

While the charges are valid, I am willing to split the cost of the call since you claim that you were unable to get a rate quote from the operator. Please let me know if this is acceptable and I will have a credit issued to your credit card for $10.58. I apologize for any inconvenience you have experienced.

I accepted the compromise and will take the $10.58 that they are offering. But I am more aware now of what the charges can legally be when using a pay phone for such a call in a pinch.

On my recent trip to Cleveland, I called home quite a bit. I had a pre-paid calling card issued by Sprint and didn't use my cell phone at all. As long as I used the card and called from a regular land line, the charges were simple. But when I used it from a pay phone, they tacked on an additional $1.29. That took valuable minutes off the value of the card.

I did see one pay phone that had a sign on it that said that a long distance call from that particular phone would be $1.00 for the first four minutes.

I used the instructions and dialed the area code and number, in this case, it was Barb's cell phone number. The automated voice told me to, "Deposit one dollar for the first four minutes." I did this and was finished with the call before the four minutes were up and there were no further charges. I wonder if the VA would consider getting that service on the pay phones they contract for their building in Minneapolis when the same type of call costs $21.16?

Maybe a letter to the Minnesota Public Utilities Commission. I wonder who regulates the Commission? Maybe a few words to the VA, letting them know what a call costs from their lobby to a loved one, or a bookie, or even a drug dealer. Oh, that's right, they give you lots of drugs right there in the same building.

Anyway, all is worked out. I got some redemption from Ma Bell. I didn't argue the point, but in the breakdown of the billing, there is a charge for "Automated Credit Card Call". There was nothing "Automated" about it. I dialed and an operator answered. The billing analyst recognized the error of the operator that didn't, or wouldn't or even couldn't, tell me what the call was going to cost before I made it.

Tell Ma Bell just where it's at

Tell Ma Bell that ya ain't gonna pay that bill

Copyright: Bruce Anderson and The Dump and Shortcake Band, 1976
Posted by Spadoman at 5:13 AM

WOW! I'm surprised you got a response that quick. Good for them to offer to split. I imagine now a days with cell phones - there is not much use of the pay phones which is why they have such high fees to make up for all the business loss.

P.S. Funny thing is there was probably free wifi in the area and had you had a lap top you could have made the call for free :)