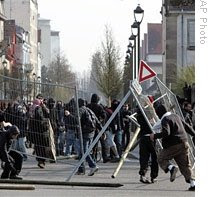 Riots in France over the NATO Summit and France's involvement.

Politics have a way of digging into my life, even when I’m trying my best to avoid them. I keep telling myself, “I don’t care.”, but that really isn’t true. I care. I care so much that I get extremely upset at the decisions being made that I shudder. My stress level goes through the roof and so does my blood sugar. Stress isn’t good for me, or anyone for that matter, as it is. Then when I can’t just turn the other cheek and not pay attention to stuff, I get stressed and don’t feel so good. I tend to eat more and stuff myself with sugared and salted fat instead of good ole fruit and veggies. I undo all the good work I did the past couple of months.

Then this weather, still cold and wet and icy doesn’t make it easy to get out and take a walk. It’s a regular chore to load up and take the car to Hudson to the YMCA to get a little exercise in the pool. God knows I can’t ride my bike yet in this weather.

Take tonight for example. Or this morning if you’re keeping score. I’m here because I couldn’t sleep, and when I was sleeping, I had terrible fitful dreams. I woke up with worries. Maybe it was from listening to Democracy Now today. The first 20 minutes was about a college guy in Utah who disrupted a sale of oil drilling lease bidding on BLM lands.

I guess it’s against the law. Some act that was made into a law that says you can’t do what he did. So, he is getting 10 years in prison. People commit fucking murder and don’t get 10 fucking years!

After that story, it was Noam Chomsky. Chomsky really makes you think. If what he says is the truth, and I believe it is always the truth when he speaks, then we’ve been duped again by government and we’re in for more of the same war bullshit that’s just wearing a different coat.

NATO countries and the expansion Eastward.

We’re escalating in Afghanistan while we are getting NATO together to do more bidding in other parts of the world. NATO is aroused because they didn’t recognize the same old hawk wearing the newest coat. More war, more of the same. So many of the things that we didn’t like about the Bu$hCo group are still in place. The headlines are all about loud mouthing some stuff that is a great departure from the past administration, but the fact is, more of the old regime and their policies are still there, like the missing Habeus Corpus from our judicial system, for example.

I’m trying to ignore this crap and I can’t. I seem to have to make a stand. I guess I have to start another peace vigil.

Since I moved from Ashland last year, I haven't really done too much in the way of organizing protests. A little participation here and there, but no real work. No particular reason, just maybe thought with a new administration, things would be so much better. I don’t want to have to add that kind of structure into my life. I have enough to do already. It’s not that I’m lazy, it’s that having to spend all your time working for peace and justice is a pain and not a pleasure at all. It’s work and effort and not rewarding as experience has shown me that I’m usually out there alone. Especially now, when people think all is right with the world with Obama in office.

I stopped in a bar in Cumberland Wisconsin yesterday while traveling home from a trip up north. It was a biker bar as the sign outside was shaped like the Harley Davidson bar and shield logo. The place was called The Spot. They had burgers and it was noonish. We were hungry and figured a burger would be in order. 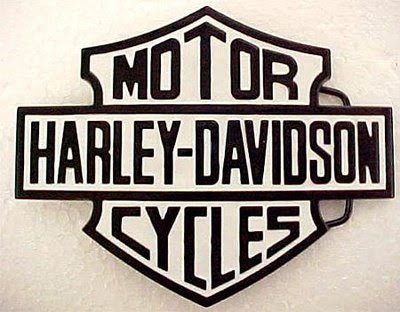 We went in and the bar was pretty full. But not with people gulping down burgers over lunch hour. There were folks sittin’ at the bar and they were into some serious beer drinkin’.

The thought occurred to me that it would be quite a bit more pleasant to sit around on a Friday afternoon, or any afternoon for that matter, and drink beer and shoot pool and bullshit with friends and strangers than to hold a peace vigil and have strangers flip you off and yell obscenities at you, not to mention getting wet and cold as the temps are still only in the high thirties and it’s been cloudy and threatening to rain, and even snow, this weekend.

Yes sir. Plenty more fun to be had sittin’ at the bar, or even bowling! I’d probably sleep better too. I mean having filled my belly with beer, I’d have that numbness creep into my brain and help my mind pass out. Hell, Noam Chomsky and Amy Goodman can bite my ass, I’ll be listening to Lynyrd Skynyrd or The Allman Brothers, rockin’ out without a care in the world. In the bar, CMT was on the TV, blaring country music, hit after hit, while the beer swillers were busy applying their trade. The bowling alley, just down the street also has a bar. 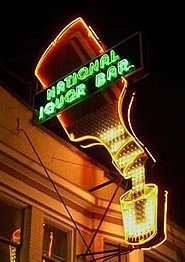 So, I guess I’ll tell you that I’m reading the news, listening to it on the radio, and reading your blog posts and articles. I’m still getting a dozen e-mails a day from Amnesty International, MoveOn.org, Russ Feingold’s Progressive Patriots and on and on. It never stopped or even slowed down. Obama is off his pedestal now as he escalates the war in Afghanistan and ignores Iraq because deaths are down in number and there are plans to withdraw some troops.

Not really sure what I will do, but complacency shouldn’t be the choice here. Even the thought of brain numbing and gastro poisoning via a lethal food injection of chicken wings won’t make it change. It just makes it go away for the hours you while away. I can’t not care. I can’t sit by and watch more of the same.

Yep, off of his pedestal and on to a bar stool. He might as well be. Seems like he cares about peace just about as much as those Wisconsinites drinking away their Friday afternoon at The Spot.
Posted by Spadoman at 2:37 AM

joe honey- my suggestion would be to help folks become as self sufficient as they can be. you have the skill set- and people need to see that they can do it. gardening, composting, etc.perhaps even home security. peace won't happen and neither will a truthful government of the people, by the people and for the people. trust me- it's better for your mental health, physical health and your friends and neighbors. trust me on this one.

I'm ashamed to say I avoid the news at all costs. When it does intrude into my life, I want to hide my head under a pillow. Yes, Obama is off his pedestal, and it hurts. It hurts me inside in a way I can't explain.

I think Betmo has nailed this one.

Thanks for stopping by. Yes, Batmo nailed it for sure. I knew that going in, but like you say Debra, "...when it intrudes into my life"

I guess I gotta pay more attention some places and less attention in other places. As Batmo suggests, better for my own mental and physical health.

Thanks again for stopping by.

You're right about the war machine, it looks like it's going to keep growing. ; (
and we thought otherwise after the election ; (

I'm with you on the news. This morning we watched the Bill Moyers Journal and the author of this book:
"The Best Way to Rob a Bank Is to Own One: How Corporate Executives and Politicians Looted the S&l Industry" was on, and now we are searching for the book.

And with this element of tax payer funds, this too is "busy-ness" as usual and similar to the S & L debacle. Except, the people who were involved with some of that are now in this administration.

Getting rid of GMs CEO, but letting the BS at the banks continue and the bailout money doing nothing, well, Grrrrrr.

Still hoping to get your way sometime ; )

Stay well and keep caring we need everyone we can ; )

Cheers! and happy early birthday if I forget ; )