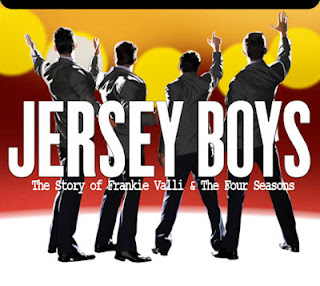 It’s Wednesday. Hump day, some call it, as it gets you over-the-hump for the typical work week. Although I haven’t been employed for a while, I still can see how there is no typical work week for most folks any longer. The days of the eight to four thirty are finished in most places.
I have a friend that is in the trucking industry. He works on the docks of a major national freight hauler, Yellow Transit, which is now Yellow Freight Systems. You’d think that after being with a corporation for 30 years, and being in the Teamster’s Union, that he’d have seniority and work a good shift as he nears retirement. Not the case. He was laid off for a while through the economic plunge the past few years, and still works nights and weekends. So much for all the talk about Unions and the benefits.
Anyway, getting back to the phrase “Hump Day”, Wednesday is mid week. Many of the appointments I have at the VA Medical Center in Minneapolis are scheduled on Mondays and Tuesdays. I occasionally get an appointment on other days of the week. 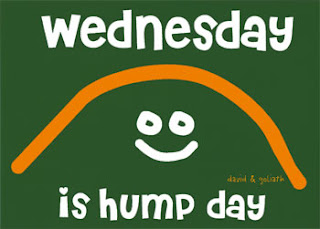 Mrs. Spadoman’s work schedule has her working three days one week and four days the next. Every other week, Wednesday is her Friday. The Grandkids still go to school Monday through Friday, but little else is on the “weekday” schedule.
When I worked at a large grocery chain in Chicago many years ago, the store opened at 8:00 AM and closed at 9:00 PM Monday through Friday. Saturday, they closed at 6:00 PM and they were closed all day Sunday.
Now, you’ll be hard pressed to find a grocery store that is not open 24/7. Many are even open on holidays for limited hours. Convenience stores, or gas stations, are open throughout the holidays, 24/7 365. A few bars have this schedule as well.
Bar hours vary some, here and there, but most in Wisconsin open at eight in the morning and serve alcohol until 2:00 AM. In Chicago, it’s as early as they want to open, usually 6 AM, and they close for a couple of hours to clean at 4 AM if they have the late hours licensing issued by the city authorities.
This post is absolutely useless and is filled with random thoughts and has no redeeming value whatsoever. I just thought I should write something and started blabbering on the keyboard.
In other news;
Mrs. Spadoman has been in Florida since last Friday. I will get her at the airport this afternoon.
A good friend that I haven’t seen for a few years is in nearby Minnesota and will visit us this weekend. He’ll stay at our place as our guest and we’ll have a BBQ on Saturday.
Next weekend, Mrs. Spadoman and I are off to Chicago. We’ll be taking the Megabus instead of driving, and we’ll stay Downtown at the Sheraton. Megabus has express through service from Minneapolis to Chicago for about 25 bucks a person, one way. We’ll use taxis to get around Downtown Chicago and won’t have to deal with parking and driving in traffic. 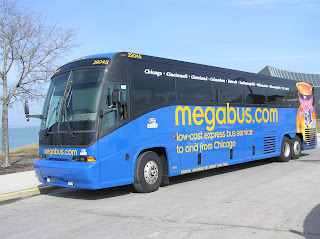 We’ll see Jersey Boys with the Broadway traveling troupe on Friday night and go to Wrigley Field and watch the Cubs play Cincinnati Saturday afternoon.
On April 28th, I leave, with my motorcycle in tow, for Northern California. I’ll be away from home about two weeks and will return with my friend Hal and his motorcycle so we can continue riding the Northern reaches of Wisconsin and Michigan’s Upper Peninsula.
That ought to keep me busy for a while.

dear joe,
enjoy your windy city get away. i am sure there will be stories to tell on your return.
we are home. thank you for your good wishes, san miguel was as soulful as ever.

today i have officially opened the doors to all those desiring to share dia de los muertos with us in san miguel. i am so honored to have you and mrs. spadoman on our travel list.
this year we will share the honor of creating a large traditional offenda together.

I enjoyed your random post. Here, there are few stores open 24 hours. Walmart was for a while but I don't know if they kept it up. There are a couple gas stations. Restaurants and bars here can't serve alcohol until noon and have to stop serving at 2. I'm not sure how many people have to work crappy shifts around here. RIM is one and of course hospitals and such but I think we have a lot of white collar jobs here so quite a few do the office hours.

We're a bitty town--we roll back the sidewalks on the weekends. No grocery store is open here! Plan or go without.....or be prepared to do a 45 minute drive IF you're that desperate.
Or better yet--go next door and borrow from the neighbor and skip the worry!

Now the bars.....that's another story, of course. But we have more churches than bars--so I figure it's all good! ;-)

Wow, what a welcome home you have planned.....just long enough to shove 'er on the bus and catch the Cubbies (who aren't be talked about with much love and affection from himself this week--but it's early and they'll no doubt improve before they get worse! LOLOL)

You enjoy the return of the Mrs. and the funfilled weekend in the Windy City (without the hassles of parking and traffic).
And don't forget the camera!!!

AND there's a bike ride planned.
HOLY cow you must be really excited. Heck, I'm excited for ya!!! Wooooohoooooooo!!!!!!!

Store hours these days are ridiculous. I miss the days of "Blue laws" which is what they were called here in Virginia. Everything was closed on Sundays, without exception. It was wonderful.

Now I am perplexed that they open ON Thanksgiving day, Christmas, Fourth of July - heck all the Federal Holidays - it certainly does away with a lot of the importance of time with family or just having a day to relax and reflect. Heaven forbid people were denied their "right" to shop when and where they want, other people [the workers and their families] be damned. Then, I was shocked on Easter Sunday, as we were driving our daughter back to college she asked to stop at the mall to drop off work applications she had gotten to apply for summer jobs, and all the stores were CLOSED! Didn't see that coming. Believe me I appreciate it is the highest holy day for some people, but not everyone celebrates it in that manner and if you are going to open for holidays such as Thanksgiving, why close on Easter? Silly really. Or should I say it makes no sense?

As for the 8 - 4:30 work day - what's that? heehee Pooldad has been with the same job for 35 years and if he ever worked those hours [or even a 40 hour work week] we haven't seen it. For a long time even Saturdays were a must. He does love it tho' and he is mighty good at it, so it is well worth it.

You have quite the trips planned. Sounds wonderful. I hope that you share all the fabulous details and count me in as jealous that you are going to a Cubs play. Lucky! We will get to the Nats one day this summer, but we are in the busiest season for work and waiting for all the dust to settle with me, so it will be later than sooner, but I will happily enjoy your trip. :)

Random is good. :)
Have a great time on your trips. Sounds fun!