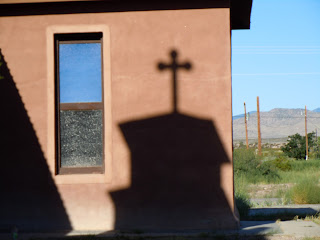 Today is Sunday, April 8, 2012. It has  a variety of significance on so many levels to so many people. It resembles Christmas to me a little because I am hearing Happy Easter a lot, but back in the crowd, I've heard a few Happy Passover's mumbled about. Of course for the Pagan's it's "There is no Easter, they found the body" Kohl's is having their biggest on line sale of the decade, but it's only for today, April 8, 2012.
My significant other, my soul mate, my spousal unit, the Mother of my children, Mrs. Spadoman, my wife, Barb, celebrated her birthday a little more than a week ago. Now, she is in Florida visiting with her best friend ever who has a birthday today, April 8, 2012. Being little more than a week separating their birthdays, this is not unusual for them to celebrate together sometime in between, with bragging about who was older for a few days. I can hear the Beatle's songs being butchered as I type this!
Tomorrow, April 9th, marks the birthday of a young man that is very near and dear to our hearts, Bobby Jens. Bobby was my daughter Maggie’s boyfriend. After she was lost to us in the car accident of 1991, Bobby remained close to our family. He would certainly have become my son-in-law. He lost his life a few years later when the small single engine plane he was flying went down in the Bridger Mountains near Bozeman, Montana in a severe snowstorm.
The most imposing event that moves my soul is closing in fast. April 12, 1968 is the day I got drafted and left home to work for Uncle Sam in the American war in Vietnam. I usually don’t remember why I am feeling like crap during the first couple of weeks in April until right on the 12th when I realize, “This is the day”.
April showers bring May flowers, the saying used to be. It’s like that March Lion/Lamb thing. It don’t mean a heap of you-know-what with the way the weather has been the past few years. No Lion, no Lamb, no Rain. The flowers are here already and if we’re lucky, they won’t be frozen after the last two nights of heavy frost we’ve experienced.
It’s not all doom and gloom though. I’m still alive. At least I think I am. I am alone in my home and there is not a sound. My ears are buzzing and ringing loudly. The silence is deafening. I can hear the pacemaker clicking. This is what happens when you buy a new Energy Star rated refrigerator that seems to never cycle and have an efficient furnace that runs silently automatically. No back ground noise to refer to.
No phones ring. The cell phone is on vibrate only. No radio or TV is on and the volume is turned off on the computer. I do that because the signal to alert me that I have an e-mail is so damn loud and obnoxious I can hear it from out in the yard. Then again, I have no e-mail today. So, that alarm would be silent anyway.

I could turn on some music. Maybe that’s what I’ll do, eventually. But for now, I’ll sit and listen to this ear ringing. It’s getting intense and kind of interesting.

Let’s see. I’ve got Andrew Lloyd Weber’s classic rock opera Jesus Christ Superstar I could play. Apropos enough for today. Maybe some Pink Floyd or Albert King.
Might ride the Triumph a little. Ass post ta be (supposed to be), sunny. Then again, only 59 degrees for a high and real windy again. That’s not so much fun on the scooter. What’s with all this wind lately? I wonder what the waves look like on the Great Lake Superior on such a windy day. 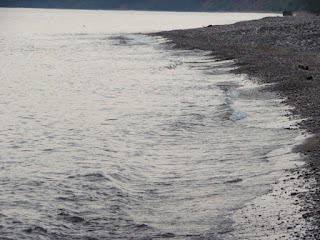 I am happy that my friend Mel is home safe and sound from helping her sister het through a rough surgical procedure, and that Rebecca is enjoying her trip to San Miguel de Allende. Sure hope the others might stop by and have a read despite the fact that I’m not linking today’s post to Shadow Shot II or other meme specifically, at least I didn't post the logo.
Sad that anyone, whether I know them or not, is having a bad day or stresses in their lives. Although I lean in the direction of a Pagan, I do pray and will continue to do so for those in need of any.
Well, I’ll round this one off and look for a couple of suitable photos to post along with it and call it good. Maybe if I get real lucky, someone will be having an Easter dinner and realize I am alone and will E-mail or give me a jingle.

Note to self: Turn ringer back on LOUD on the cell phone.

If you want my number so you can call me and invite me for dinner, or even leftovers, not to be confused with Passover, but that would be okay too, I like Matzoh, e-mail and I’ll send it. You Pagan folks, I’ll eat just about anything. Even the diabetes won’t stop me. It’s not what I do once in a while that will kill me. It’s that 90 percent of the time stuff. Damn chocolate doughnuts and malted milk balls.
No matter what you’re celebrating today, or if you aren’t celebrating at all, keep it peaceful.
Posted by Spadoman at 7:29 AM

those damned malted milk balls will get you every time- happy spring equinox my friend :)

Batmo... You're still my all time favorite!

You may lean toward the pagan, Joe, but My prayer for you is that the blessings of Jesus' death and resurrection will be yours.

Dimple.. Thanks for stopping by. I believe the prayers are heard by the same spirit for everyone. Thanks for sending me some of yours.

Peace to you and all you hold dear.

Lovely, thought provoking piece. Writing is obviously very 'cleansing' for you and you are very good at it. Hope you have a happy day with your memories. Don't dwell on what was lost, dwell on what was. :) Isn't that, after all the msg of Easter? I don't do Easter but love the underlying msg of promise. I still recall a sermon I heard many years ago where every problem, heartbreak was referred to as the darkness of Friday (Good Friday)...but every example given ended with the phrase "BUT SUNDAY'S COMING"! I will always remember that sermon. Thanks for sharing your stories.

I vote for Pink Floyd (though I haven't listened to Jesus Christ Superstar in years and that might be good, too).

I may not know you any other way than SSS (great shadow shot today!), but I can still lift up a prayer for you.

LOL-Joe that was a roller coaster post if I ever saw one! But, a good one at that. It never occurred to me that they day one gets drafted would still affect you (and I'm certain, many others) decades later. Thank you for sharing your perspective with the rest of us. It helps me to understand more than I did before.

I recognise many of my wandering thoughts when I spend some time in lonely spaces - especially in celebratory seasons these winds of wandering would emerge. Sometimes even museum memories need a little dusting off occasionally and then replaced on the shelf to gather dust again.

I notice in your first photo that a wealth of light glows round the shadow of the cross! That's a good sign.

Awwwwwww...thank you!
I'm glad to be home, even if I suck at the 'resting' part.
It's still good to be home--hard some moments, but good.

And DAMN that I can't HAVE malted milk balls OR donuts. *sigh*
No jelly beans either.
Sucks but oh well!!

I'll send prayers and peacefilled thoughts for those anniversaries that are creeping up/arrived. There's plenty to celebrate, even in the stormy times.....that you're still here, gracing us and the grands with your presence is one of 'em, frankly. Cuz I wasn't so darn sure that was going to be the case yaknow.......
JUST sayin'.......

TURN UP THE CELLPHONE!!

I sent a pretty earlier when you weren't paying attention! ;-)

Happy Sunday/Easter/Passover/donut-free day/sunny day/windy day/geeze I hope it calmed down so you could RIDE day/life is GOOD day to you, sir.

(and I hope the good wife has had a splendid visit with her birthdaying friend!)

Aw Joe, I hope you wrestled up something to eat...we went to a Chinese restaurant today, the make the best general tso tofu!
I was getting my sopping wet laundry out of my 6 month old washing machine, complaining about everything new and expensive that I buy breaks before I can afford to replace the really decrepit old crap in this house...and as I was saying this to Mia, it occurred to me that I sounded ungrateful. At least I own decrepit, broken down crap. It's better than nothing.
Being sad is the struggle of being human, I guess. Something to conquer.
I really was stopping buy to tell you that you might want to check out marysgraces.blogspot.com tomorrow.
It might make you smile.
Love, Lisa

Thank you all so very much for stopping over today. I guess I sounded like a poor soul. I don't do too well at home by myself. Too much time to think.
My daughters did get in touch with me and we went out to a local restaurant for dinner together. We had a good time and laughed.
We all have our moments, I'm sure. I appreciate my blogger friends and how they respond when someone calls out.
Thank you all again.

Oh, Spadoman, there's so little Pagan in you that it's impossible to find!

I'm at least a day late to invite you for our traditional Easter Lasagna. Made some gnocchi w/smoked Gouda sauce too. Back to healthy eating today (as soon as we kill the jellybeans that is).

Sometimes, it is so quiet here that I can hear the clock ticking in the kitchen - and it's not really a ticking clock. The silence does have a sound of it's own. And I wonder if I can hear the electricity humming.

Sorry you were alone for Easter. I'd have gladly had you here - we had way too much food.