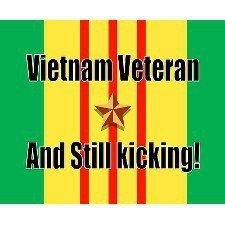 Disclaimer: This post has absolutely nothing to do with Veterans or Vietnam
Here it is, Saturday already. This week has just flown by. Glad of that as last week I was down for the count. This week, I feel much better, but being older seems to make it take much longer to feel 100%, but I’m getting there.
The roofers are here this weekend. They started yesterday, they’ll finish today. I opted for a local contractor to do the work. I did get four different estimates. All of them were in the same general price range except one. He was over a thousand dollars higher than everyone else!
Two of the other three did business in my town, and one has an office here, but neither hire their work crew from the local work force. I decided to go with the local contractor that hires local labor. When I pay them, the money goes right back into my community and not taken away to Minneapolis.
The weather is calm and bright, cooler now than it has been. Everything slowly melting into Fall and getting us ready for Winter. The heavier coats and jackets have come out. I found those screws I was looking for in my jacket pocket. I guess that’s what I was wearing when I removed the screws from my motorcycle windshield.
The temperature must have warmed up and I placed the jacket on a hook in the garage. When frost was on the pumpkin, I reached for the jacket and found those screws. I put them in one of the jars on the workbench with the other hodge podge of unused hardware.
The World Series is on TV. No game last night. Mrs. Spadoman and I watched Gran Torino, Clint Eastwood’s acting swan song. I love that movie on so many levels. Have you seen it. What did you think? Sure, there was some violence, but not your typical murder, cops and robbers and stuff. This movie shows us that we are all one people. I’ll gladly explain via e-mail if you care to carry on a conversation about it.
This morning, I’ll be calling an old friend and we’ll arrange to meet for a cup of coffee so we can visit a little and catch up on each other’s life. I haven’t seen Dave in a while. I look forward to getting together.
That’s about it. A simple life right now. I love it when I don’t have any of other people’s baggage hanging around my neck. I know I never should, but it is inevitable at times. But today I am free of it. And not only do I not have to crawl around on my hands and knees to replace our old worn roof, I don’t even have to watch them work.

Ah--what a lovely way to spend a Saturday....coffee with a friend and the option of not watchin' 'em work. :-) AND you found the missing screws. Hahaha....that's so much like me I had to laugh.

Meatloaf making, lolly-gagging kinda day here. Much needed and much appreciated from this corner of the world. Yes, meatloaf. *shaking head* Go figure I have a fella in my life that LIKES meatloaf.

Enjoy the day, sir.
Easy does it and keep gettin' better, eh?

It's nice to move to your own groove. I love the stuff I find in jacket pockets when the season rolls around again.

I loved Gran Torino. It did have a lot of levels. It's one of the few movies I can watch again. and again.

I did enjoy Gran Torino...well maybe not the ending...but lately I've been leaning towards happy movies...rather than reality movies. smile.

We try and use contractors and handymen who use local labor too.

My pockets are treasure troves all the time.