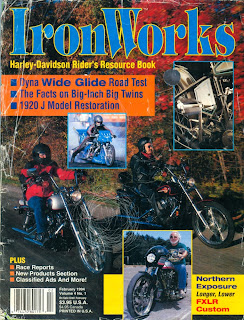 Another night awake with everyone else in the house sleeping. This isn’t unusual, and has never been, in my lifetime, at least I don’t remember it ever not being like this. Getting a computer way back in 1999 was to save me from myself and give me something to do. I never could muster the patience of writing with a pen and paper, so using a word processing program was the way to go. Before the first Apple, we had a simple Brother Word Processor. I called it an intelligent typewriter, and that did the trick until we got that first iMac.
I wrote a lot like I do now on my blog, but I didn’t have the blog. I just wrote and stuffed it all away. Most of it turned out to be the life story of the Spadoman family. I started when I graduated high school and made mention of where we lived, what we drove, where we worked and the people involved. A family history to leave the Grandkids. I got so far on this project as a chronological essay, then started to write stories of life’s experiences on the blog and just put them into a hard drive in no particular order.
Imagine the mess the kids will have when I’m gone, going through all this crap, and wondering if it’s worth saving. Maybe I should put it all together, print it all out, and punch holes for a ring binder. Or maybe a bunch of numbered discs with labels. Maybe I’ll just punch a hole in this computer screen with a freaking hammer and be done with it. Save nothing. Start downsizing. I do entertain the thought at times.
That’s the thing about computers. If you save everything, you have too much, and if you weren’t diligent with your labels, you spend ions of time searching for that one picture you know you took, or that one story about how much pot we smoked back in the 1970’s.
Well, I wasn’t looking for the pot story, but I found it while looking for another story. I’ll post it one of these days. By the way, I was looking for a story that I wrote that actually got published in a magazine. I even got paid. The Ironworks magazine sent me a check for $100.00 and told me they’d publish my submission. I have the magazine and have been trying to scan the pages so I could post it here on my blog. I also have a photocopy of the check. That was a big deal to me, to be published, and I wanted the story of what I wrote and how I was paid for my writing to be part of the family history.
I’ll post the scanned pages and hope that you’ll be able to click on them, once or even twice, and be able to read it. Since the name of the magazine is Ironworks, it refers to the iron horse, the motorcycle. I wrote this story in the Winter and it was published in the February issue which came out in January of 1994. It was part of a section called “Down Time Read Up”, and gave the readers, mostly motorcycle enthusiasts, something to read as it was Winter and no one was riding, a lot like it is right now here in the Northland.

I hope you can read the story from these scanned pages, but I would be more pleased if you wanted to read it.

A little ego, I guess, but honesty is the byword of Round Circle. So I’ll honestly tell you that I am proud to have written this story and proud to have had it published and gotten paid for it, even though one hundred dollars wouldn’t support my life and feed the family, it did come in handy in the Winter of 1994.
The magazine cover is at the beginning of this post, the index page and three pages with the story. Will follow down below. It is entitled First Harley and it tells how I came about buying my first Harley Davidson motorcycle in 1993 when I lived in Grand Junction, Colorado.
Thanks for stopping by at my blog.

oh, blast - I have a crappy little netbook thing with a screen the size of a postage stamp, so can't read the story

but kudos, man for being published!

I can remember paying my little brohter to type up my university thesis on the first computer my family ever had. . . I can remember my first email address (a string of numbers). . .

in fact I can remember way before either of those events, in 1983, when a friend of mine who studied/worked for the Royal Navy told me about these computers they had that were linked to computers all over the world and people could talk to each other in writing thru them

Happy New Year to you, from Boonie

That's cool. I was never so dedicated. I go back and delete a lot of old blog stuff and wonder why I wrote it in the first place.

I should leave it all to that Kris Tigerlady Slawinski. She'll find it as irresistible as she sounds.

Well, I clicked and read--and got weepy.
She's special lady, that daughter of yours. I know she smiles as you ride.

Had to laugh a little as I'm here at my computer while everyone else sleeps and I have all that stuff somewhere on the machine or filed away in places I may never find again : ) (mostly photos)
And I love the story. Love the way you tie it all in and end up with peace.
Peace to you too 'Man.

Almost all of my major writing was in decades worth of letters to and from my mother. Once I left home I was rarely closer than 500 miles from her and sometimes much further. I often can't believe how supportive and cool she was even though as her only child she missed me desperately. I didn't learn just how much until I had a child of my own and the difference with him is he's not that communicative. He does have a blog though and I think I may be his only reader (other than my husband). I know I'm the only commenter :-)

I love the way you write and your stories have a purity that leaves many, many more in the dust. Please don't throw away your memoirs or stop blogging. You'd be missed far too much.

Congratulations on having been published.

who knew that your first harley would take me by storm, closer to maggie.
thanks for this....
loved every word.

I landed here looking for other peoples' story on how they got their first Harley. I clicked and read your published article. WOW I got a bit emotional somehow. May god bless you always..