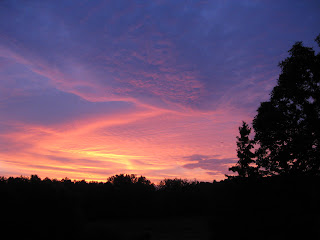 Dear Spadoman,
What an astonishing memory!!!! I think all those years spent in the movie biz coupled with your driving skills really payed off!! It is a miracle that you recovered your blue Schwinn! Also that you saw the thief shooting hoops is unbelievable!

The words you wrote:If you paid attention when you went shopping there, you might learn something. I like this and try to do it as much as possible.

I'm sorry you are going to lay your friend to rest. We also will be doing this.

Peace to you and your family too!
Constance

peace to you too, Joe

(I don't think my parents had ever heard of The Beatles, but I used to take my children on Magical Mystical Tours)(and more often than not the "tour" might have included a stop off at the grocery store!)

Well then! I dare say, I'da probably done the same thing, once upon a time. Especially if I'd have seen the thing whizzing by! Sounds to me like the Big Guy was multi tasking--hopefully the young lad learned a lesson in it all.
Undoubtedly you learned a thing about car tires and curbs.... Or at least if tacos are safe with the wife! ;-)

Now, I'll go have a peek at the links.....
WOW what a great memory you have--and what an awesome ability to tell the story.

'This Spado guy is an etc., etc. - the thought wouldn't cross my mind, let alone my lips. Quite the reverse.

Thank you all for coming here.

rochambeau.... you were the inspiration for posting this bicycle related story. Thanks for crediting me with a good memory, but I wrote this when I had a memory. Now, I can read it and remember it again! Thanks for visiting here.

I, Like the View... I can't believe your parents never heard of the Beatles. Most parents only paid attention to them so they could tell us children not to listen to them! Thanks for stopping by.


Mel... You and me both, once upon a time that is. Glad I'm not so reactionary these days. And as the story tells us, the bike eventually got stolen, (and unrecovered). Thanks for stopping here and thank you for the very kind words.

Christopher... You are very kind to hold me in such high regard. I appreciate it. The HMONG are refugees from the Southeast Asian countries we brought our wars to.
Some time ago, the Catholic Charities and Lutheran Brotherhood brought these Laotian mountain people to St. Paul, MN to settle.
Thank you for your visit here.

Peace to you my friend.

I am astounded that you remember so many details. My memory is not so good. It's an interesting tale and i think you were right to chase the bike thief. I love it that you called the grocery store a lesson in anthropology. I wish everyone would see the world that way.

Yes, what's Hmong?
No I didn't think that guy spadoman is one of those. I thought Wow! Quick thinking 'man. And "How typical that he didn't go for the kid, only for the bike". And "And he got the bike back too without harming the kid. That's damn neat" And, "Thank heavens it didn't bring on a heart attack in mid-chase!!!"

Excellent story, Spadoman! I was glued to your every word.

"This Spado guy is an asshole."

Then I must be an asshole too because I would have done the same thing. Actually, probably much more - HA!

Brava to you for getting your bike back!

Sorry to hear about losing your friend.

P.S. I am now heading over to check the blog link you left us!

Bicycle stories always remind me of my father, whose sole means of transportation one was until he came to the U.S. and one year later, bought a car.

You inspire me to write these stories down, yet I have such fear of writing.

Have you ever seen the movie The Bicycle Thief? If not, you must. It's an old Italian movie and it just reeks of honesty. IMHO. My father loved that movie.

I'm glad you liked the Nova Scotia pics. There are a lot more on my fb page in a labeled album.

Speaking of NS, I wonder who Susan and Numb are faring on their trip...

Peace to you and yours. And your friend. I am sorry.

truly you are a story teller extradionare!

you have me really missing our chance meeting. it was raining something fierce...the wind blowing small waves across the lake. we had a fire going, we were warming up our best stories for you!

holding you in the warmest regard,
rebecca

EG Wow... Thank you for gracing these pages. Your words to me are kind and I appreciate that. Isn't it funny though, what we remember and what we forget? And yes, life is out there to be paid attention to. Like memory, some do and some do not. I feel richer for what I see and learn.

Mig... You are correct. I had no desire to harm or punish the kid. I wanted my bike back. I'm not sure what I'd have done had I lost him in the chase. The wide car could only go so far on that path. Heart attack is right! Too much adrenalin. Thank for for coming to my blog.
Read my comment to Christopher for more about the Hmong people.


Ron... Thanks for stopping. Many have said they'd go after the kid. Looking back, I can't say I was right to carry the chase to such an extent. Glad I'm not so angry these days.


Ms. Sphinx... So good to see you here. I will look for the Bicycle Thief movie for sure. As for writing, well, just do it. Put your heart into it, it will come out as a masterpiece. I love Nove Scvotia and tyour pictures are fabulous. Next Summer, I promise! Thanks for your visit here.


Rebecca... Thank you for being here on my pages. I appreciate it greatly. You are way too kind. I wish I could have told you this story at the campfire, so, next time for sure. It was a miserable morning. That's why I was nearby so early, we were headed home. We were in International Falls, MN and woke up freezing! Thanks again.

That was a great story and it seems to me your determination may have just taught someone a worthwhile lesson.

All the best to you. I'm pretty tired but had to take a few minutes to come by and visit. I'm very sorry about the loss of your friend.

Great story. I have a few bike stories too.. I'll have to get it together to write them.

Just stopped by to say hi.

susan... Thanks for stopping by. I know you're on a special journey. Makes me feel good inside that you have taken the time to share it with your minions.

Fran.. Always an honor and pleasure to see you around. Yes, write the stories. Life is what is happening to us as we make other plans, and I want to hear about it.