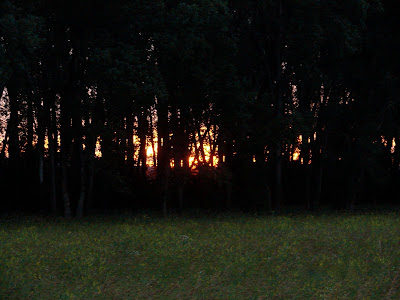 “Houston, we’ve had a problem”. This famous quote has become part of the vernacular soon after the Apollo 13 space flight. It is often misquoted as “Houston, we have a problem”. Either way, we have had a problem and we still have this problem. In fact, we have many problems when it comes to issues with our serving military. I want to concentrate on one specific issue today.

Recently, we started a support group here in River Falls. The woman that owns the Earth Angels Coffee House has donated space on Tuesday evenings after hours. The project is called the Red Arrow Veterans Support Group. The title of Red Arrow has derivatives from many sources. I do know there was a Red Arrow insignia for the 32nd Infantry Division that served in the second World War. I like to think it has some spiritual meaning to the fact that if the tip of the arrow is red, it was taken from a wound.

These Veterans who come for support are wounded. As I have been saying for years and years on this blog and others, you can’t serve in a war zone and not have been affected by war. Not only that, for women, serving at all can have effects that are quite undesirable.

It was at our last group meeting that a woman showed up. A Veteran who served after Desert Storm, at the beginning of the Iraqi Freedom campaign. She was in the Military Police when she served in the Army. She never got deployed, but her unit did. Some didn’t return. But she still suffers from her service time.

I guess personally, I knew of some of the problems with females in the military. The sexual and general harassment, the touching, the rape, the constant innuendo and how hard it is to defend yourself from these wrongs with people who outranked you, especially officers. But to hear it right from the mouth of this woman, it set me thinking. If I’m going to facilitate a group to try and help all Veterans, I better know the facts. And I better realize that things have changed a lot since I was in the Army in 1968.

I did my basic training at Fort Polk in Louisiana. A place called Tigerland. It was training for the infantry. I was an infantry sergeant. It was hot, humid, mimicking conditions one would find in Southeast Asia, read Vietnam. I was with men, boys actually, but you know what I’m trying to say. One gender. It was different for me than it is for the soldiers of today. And with this major difference comes major problems.

Ironically, I received an e-mail from a clearing house of left wing issues that told me about a new book that was published recently by a woman soldier who served in Desert Storm. I had just heard this interesting parallel story from the female perspective in the group, now I was reading excerpts from this book. The woman that wrote the book, Chante Wolf, is an acquaintance of mine from my many years as a member of Veterans For Peace and their Chapter in Minneapolis, Chapter 27. 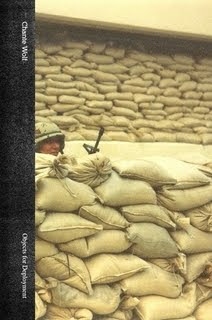 One of the photos from the book, "Dance, Dodge and Duck"

In the excerpts from the book that I have read, I heard the same as I heard in that support group meeting. Here are the authors actual words:

“The title is "Dance, Dodge and Duck".

When people ask what I did in the military, I tell them, I danced, dodged and ducked. And it is the only thing I learned first off and kept to my heart for my 12 years in the Air Force.

I learned how to dance, dodge and duck sexual harassment, comments, looks, touching, cooing, being told how much money could be made off my body in the sex trade, fearing to be raped - murdered and disappeared, was physically attack and stalked ... and that much of the time I watched my own back because my brothers didn't and my sisters were busy watching their own.

Then there were friends who were murdered, killed in auto accidents, committed suicide and died in a C-130 that crashed into a mountain. Did I look down the barrel of a gun, yes, a few times and it was not entertaining at all.”

I ordered a copy of the book. I need to read this if I am to be able to help all Veterans. I also think it would be a good piece for the start of a reference library. If nothing else, it awards the efforts of Chante for her outstanding service and work that she has done in the name of Peace.

In the meantime, I have written a letter and asked Chante to appear at one of our support group meetings and talk, not only to the women that show up, but to the men as well. People like myself that didn’t pay much attention to these problems in the military as I was working on stopping the war, and not so much as the plight of the actual people serving in it.

By the way, besides purchasing the book, “Dance, Dodge and Duck” by Chante Wolf it can be downloaded for free at this link.

I have a lot to learn. It is time to set aside my own pain and lend a hand to help my brothers, and sisters. It isn’t that this stuff happens that is the only wrong, it is that the perpetrators get away with it. This subject can be expanded to include our own society as a whole. The exploitation of women on TV and in media of all kinds. The treatment in the workplace regarding the same issues as the military with the added insult of inferior wages, and it goes on and on.

My education will continue by understanding the issues with the Veterans I serve, both male and female, and that includes teaching those that aren’t aware and helping those that have experienced the trauma.

I ask that you understand these issues as well and not simply accept things as “That’s the way it is”. If the system is wrong, try to fix it, at least in your own lives, and that starts at home, in your communities and with the military that serves society. After all, they learn to kill because we don’t do enough to stop the carnage. They do it in the name of society.

I sign off my posts and comments I make on others’ blogs with the word Peace. If you’ve ever gotten an e-mail from me, you’ve seen this word as well. Let me say a word about that......

Nice Joe thank you. A powerful, gentle and healing article/post. Good luck w-the new support group for veterans, another circle of healing. Great timing for me to read this today because I just told a friend yesterday about my awakening this past month. It went like this: I realize I quit writing one of my blogs because I couldn't navigate the complexity of how much and what to say about sexual violence-like my healing journey from abuse and rape. Speaking up and speaking out is important, it banishes isolation and communicates love and support.

Excellent post, Spadoman! How wonderful of you to care enough about the problems of veterans to start a support group. The son of a friend of mine came back from Afghanistan a few months ago. Although he suffered no physical wounds, he has come back with emotional and maybe psychological problems. It's a tragedy.

You're a smart man.

And I really do hope Chante Wolf is able to show up and speak to your gal and to your group. There's a lot to be said for a kindred spirit, someone who's walked the same path. There's a lot of impact and integrity that comes with having made the journey. But you already know that. Which is why the choice of having you be a facilitator was an excellent choice.

And bless the gal that owns Earth Angels. What a great thing to do. Hug her for us, eh?

The problems w Women in the military are rampant.
Look into the story of Suzanne Swift.... not only was she sexually harassed , but when she was "removed" from the situation-- they put the person who assaulted her in charge of overseeing her!

At some point her shrink diagnosed her with PTSD, they played the whole game of document exactly when & where she was traumatized.

The military made her a victim twice over.

Strong words and good ones.
I think perhaps the most telling is the point that the perpetrators get away with it. And I agree, we mustn't just accept that that's the way it is.
Well said Joe.