I have an opinion you know. I just don’t lay it out there on the blog or on status updates and Tweets every ten minutes. But I have been sitting here at the computer for the better part of two hours and can’t seem to get inspired to write anything or find an old story to embellish and share, so all that is left is to bore you to death with my opinion.
In the past, I guess I have done this before. “Sunday Morning Musings” or “My Thoughts for Today” have been the headlines in the past. I’m calling this “Here’s My Take”. A new name just for a change of pace.

Twinkies. I used to eat Hostess Twinkies quite often. I actually liked the Hostess Cupcakes a lot better than the Twinkie. The chocolate I guess. Before there were so many choices and I was a gaping fat ass eating everything and anything, stuffing food into my mouth at every tick of a clock, I would buy Hostess Cupcakes, Twinkies, Suzy Q’s, Zingers, HoHo’s, Fruit Pies, Ding Dongs and yes, I ate the Hostess Snowballs like they were the last treat on earth! 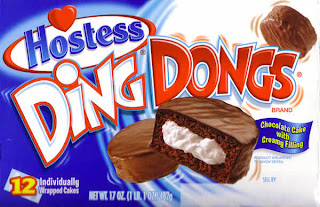 Wonder bread was a mainstay in our household growing up. “Wonder bread helps build strong bodies 8 ways”. They were speaking of the eight vitamins that they added, or were naturally occurring in the ingredients, of their red, yellow and blue balloon wrapped loaves of soft, white, emulsified bread. And I still peeled off the crust to make my Skippy peanut butter and Welch’s grape jelly sandwich.

By the way, we went to the cheaper “house” loaves of white bread when I was buying bread for my own family. It was cheaper and just the same. We also went to Jif, and I preferred grape Jam over grape jelly. 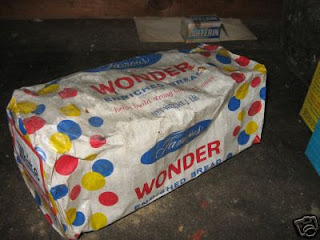 I stopped eating things like Twinkies, and pb&j samiches, a long time ago. Right around the time of my first heart attach and wholesale lifestyle change. That would be back in 1986. Since then, periods of over eating and satisfying my sweet tooth while being on the road or sitting in front of the TV watching mindless commercial advertising for attorneys that will handle your lawsuit or Social Security claim, came in the form of a candy bar, the large generous sized one, or a quart of toasted almond fudge ice cream, respectively.

I think I remember that the shelf life of a Twinkie and that sort of “dessert” was more than 10 years. If that is true, the ones that people are buying up faster than you can say “Sugared Fat”, should last a long time and be Ebay prizes for lucky collectors well into the future.

I also think that there will be some manufacturer that will buy the name rights to Twinkies, et al, and start baking them again, just like the old candy and gum from the past is now available. Things like Bullseyes or Adam’s Black Jack can be found easily and are back I to production to appease the boomers that look for and buy nostalgia. I just read an article that the Hostess family of names will indeed be sold. They’ll probably wait until bankruptcy proceedings are over and debt forgiven. I’m sure they wouldn’t want to sell the name and have to give the money away to share holders and creditors.

On Facebook, and other social media outlets as well as news spots across the country, the closing of Hostess’s doors and the idea that Twinkies will no longer be in production is a big story. The Left and Right are already blaming each other and each other’s causes for their demise.

One story that is circulating is that the Unions caused the shut down. That is counter attacked by the liberals saying that the CEO’s that they have hired throughout the years, to try and get the company on solid footing, were raking in huge salaries and stock options while Union members took pay and benefit cuts.

Union workers do make more money per hour than the usual non-union worker, but I can’t think of any Right Wing thinking working man or woman that wouldn’t take a job at a Union shop and make more than minimum wage. In fact, I like that saying where the idea of paying a person minimum wage is that the corporation is telling you that they’d pay you less if they could. At least in a Union shop, some of your rights are protected. Can you say 40 hour work week?

The bottom line to me s this: Hostess, like many old large corporations, went out of business. So what! They have outlived their usefulness. The portions are smaller, when compared to net weight from 30 years ago. Maybe the American people have more choices for their bakery goods, desserts and white bread, which I heard, isn’t good for you anyway when compared to whole grain breads and  naturally sweetened foodstuffs. Twinkies can’t be good for you because they are just sugar laden flour mixed with lard and/or vegetable fat and preservative chemicals. 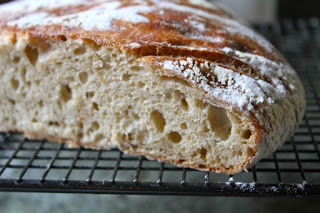 I won’t be alive when they find out what’s really in the newest craze, energy drinks. It’s just a Twinkie in a can. At least the packaging is recycled easier than the cellophane with the thin laminated card stock platform. 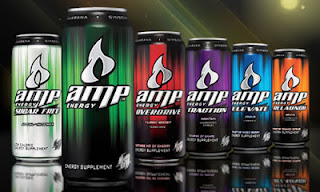 Think I’ll by me a case or two of Amp or Red Bull and save them for my Grandkids to sell on Ebay to collectors in 2045. I can see it now. Like Billy Beer. You can still find a few cans of that around, and even Coca Cola has been reproducing the greenish hued 6.5 ounce bottles of Coke. Buy ‘em from a good well-stocked Mexican grocery and they’ll even be in glass bottles, either 12 or 16 ounce, and sweetened with real cane sugar and not the corn syrup that the government subsidizes. Oh, that’s right, they subsidize sugar beet farmers too. Just Sayin’. 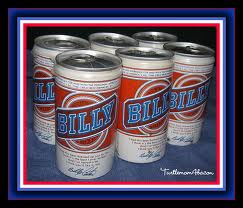 I've rarely had a Twinkie because we have Vachon cakes here. We like their Flakies especially but Jos Louis and Oooh Caramel are tasty too. They all seem too sweet now that I'm older but I wouldn't turn one down. I do agree that a dying company should not be kept on life support. It's hard to find anything but cane sugar here. Gov't intervention is a strange.thing.

It's the sweet associated memories folks have, I guess, real or imagined innocence. My grinch side says that deep love for Hostess is directly related to being a country (the only one in the world?) where there are laws in the works to ban adults from buying large size of cola drinks. I mean, really, laws? How embarrassing is that. I suspect it all comes down to calculations that if we all die of poor health, where will immoral medical and health insurance profits come from? Ah now I see the dilemma. (There's no shame in making moral or "reasonable" profits.)

I've decided I'm okay with Hostess doing whatever they decide to do. (I'm not well versed on news--I shelter myself from it cuz it cranks my noodle....LOL)

Seriously-- I like a bit of nostalgia with the return of some of childhood 'favorites'. Somehow they don't taste the same when you're an adult.....but it's good for a memorable moment or two. Sensory memories are kinda cool, sometimes.

We're a BIG society.
I don't think we do a lot in moderation, frankly.
I say this on Thanksgiving....LOLOL

Just wishing you and yours a Joyous Thanksgiving Holiday!