My Love of Baseball

Okay folks. This post is gonna be about sports. Baseball to be exact. Major League Baseball. I know that many can’t stand professional sports. If that’s the case, well, that’s the case. I love baseball and the finish to this years regular season is the most awesome, intriguing, dramatic and exciting that I can remember in my life.
I grew up in Chicago. I was exposed to baseball and started going to games as a youngster. The Lions Club sponsored bus trips to Wrigley Field, home of the Chicago Cubs. My mom paid two bucks and gave me a brown bag lunch. I met at the park and rode the bus to the game. I was right around ten years old.

I saw all the greats. Ernie Banks, Billie Williams, Hamerin’ Hank Aaron, Warren Spahn, and the list goes on and on. I learned the game and carried it through my life.

Years ago, one team won the National League and one team won the American league. These two teams played the World Series and that was it.
Some changes were introduced into the game. I didn’t like the changes, but it was still a pitcher throwing a ball at 90 plus miles per hour and a batter trying  to hit it. The changes made for a playoff scenario at the end of the regular season.
There are three divisions in each of the two leagues, and each team plays 162 games. After these games are played, the division leaders have a play off. Since there are three divisions, they use the team with the best record amongst the league as a ‘Wild Card’ team to round out the field to four teams.
The three division leaders and this wild card team play off until one team is left. This happens in the American League and the National League. Then, the two teams left play the World Series.
This year. 161 games have been played. The three division leaders have been determined, but not the wild card in either league. Each league has two teams with identical records going for the wild card spot. Today’s game will either produce a clear cut winner, or if they remain tied after today, they will play an extra 163rd game on Thursday where the winner takes all and makes it into the playoffs.
In the divisions themselves, who the team plays in the playoffs and where the game is played goes to the team with the best record. In both leagues here, the margin between the number two and number three seed is one game with one left to play. The outcome of these games tonight can decide whether the team plays on the road or at home, and this is important as most teams want to play at home in front of their home town fans. 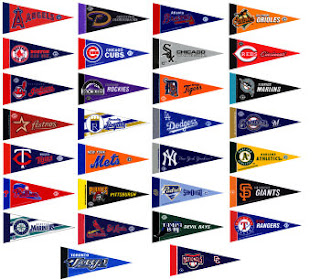 There will be no playoff for the division lead placement. This will be determined by a tie breaker in the event these teams are tied at the end of today’s play. In the case of the Milwaukee Brewers and the Phoenix Diamondbacks. If their record is tied after tonight, the Diamondbacks would win the spot since they have a better record against the Brewers in regular season play. Same between the Texas Rangers and the Detroit Tigers.
So, it’s exciting to watch the games today and if you can’t see each game as they are in other TV markets, the technology today offers real time scoring and the possibility to check the scores continuously throughout the evening.
Besides this unbelievable scenario, within each game are phenomenal things happening. Prince Fielder of the Milwaukee Brewers hit three home runs in one game. The Tampa Bay Rays turned a triple play. The Arizona Diamondbacks made up a five run deficit and hit a grand slam in the bottom of the tenth inning to win. The National League batting title is tied between two players, and a rookie, called up from their minor leagues to play with the Boston Red Sox, hits two home runs in his first game as a big leaguer in a game the Red Sox had to win to stay alive.
It’s an exciting day in Major League baseball for me and for fans around the globe. I guess it’s akin to getting one of your quilts in a show or one of your close-up macro flower shots chosen for publication. You can just imagine how excited I am.
Will you be watching baseball tonight? Which team or teams will you be cheering for? Any predictions as to who will play the World Series and which team will ultimately win it?
My heart would love to see the Brewers play the Tigers with the Brew Crew coming out on top. On paper, The Yankees will play the Phillies, but my prediction? The Brewers play the Texas Rangers for the title and the Brewers come out on top.

Sorry Joe - not a baseball fan. It, along with golf, is one of the most boring games to watch on the planet. I tried. I used to date a couple guys on a ball team. They'd get mad at me for taking a book to the game. Seriously?

Although I'm hardly athletic, I'd rather play the games than watch. I was the worst soccer Mom ever. And soccer is about the only sport I would watch with any interest.

I totally understand Jeannie... Thanks for stopping by and making your comment. Everything isn't for everybody.

Well, You totally lost me on this one but hey we all have our own loves. I don't dislike baseball, just know nothing about it. I do know a little about football because the men in the family are addicted. Hope your favs are winning.......

French Hutch... Thank you for you stop here and for your input. It is much appreciated.
Have a peaceful day.

OMG!! Isn't Fielder amazing?! No one even wants to pitch to the guy! He's just fun to watch--and for that reason alone, I'd like to see the Brewers get a shot at it.

Of course, ya realize I'm a Yankee fan--just all my life, of course. Made the rest of the clan (Cubbies fans) irritated as heck and I didn't care!

*laughing* Die hard Yankee fan that I am--ain't a series if the Yankee's aren't in it.

That's okay.....ain't a Superbowl unless the Packers are in it, too!

Wooohoooooo!!!!!!!!
Wasn't that game with the Bears just too fun?

Goin' back to flip between channels! My Yankee's are six up. I can flip! :-D

OH! And just for the record--shame on 'em for being allowed to deliberately WALK someone cuz they're afraid they'll clobber the ball outta the ballpark.

Mel... The first blemish on our fabulous relationship. I hate the Yankees and the Packers. My favorite baseball team, besides the Brewers, is whoever is playingn the Yankees. In football, it's the Bears, and whoever is playing the Vikings or Packers. (I do cheer for the Pack if they play the Vikes).
But your redemption is that you are a sports fan to at least some degree, so I ain't givin' up all hope.
Thanks for coming over here to weigh in. No matter what teams you like, your visits here are appreciated.
Hockey?

BTW, New Guy, I seem to remember that the Packers beat the Bears AGAIN last Sunday. Now I don't remember if our bet is for each game or whether it's for the season. I think it's for each game so you owe Mrs.coldH2Owi AGAIN. Sorry to rub it in AGAIN, whoops, I did it again. I will say that the holding call was a bit hard to detect on that run back of a punt, but the final score was something beautiful to behold AGAIN. Hope to see you guys sometime soon, although with winter coming on, your casita is surely more inviting than frozen lakes. Later.

ColdH2O... I was wondering when I'd hear from you. I guess i should thank you for waiting and letting the loss fester for a while. Yes, the pack seems to be riding high these days. But as you and i know, as we are both old farts, things change and the Bears will rise again, (as soon as they get some receivers that can hold on the the freakin' ball.)
If for no other reason than to see you and the rest of our friends from Chequamegon Bay, I'll pay up.
By the way, going to Lambeau with the Brothert-in-law this weekend.
Thanks for dropping by. Any thoughts on the World Series?

I don't do hockey. Silly sport with a buncha grown men on skates hittin' each other and acting all that.... I mean c'mon--they have on so much padding whadda they gonna do? Wrinkle the uniform?
*rolling eyes*

Mel... Another demerit for not liking hockey. Like most other fools, you just don't get it:-/

So, you didn't like the Cubbies, and you you also don't like Da Bears? What's up wit dat? Most Iowegens like the Chitown teams 'cause they don't have their own!

At least you love everyone that plays the Viqueens. You have salvage a big part of sportslife.

Yes, New Guy, hockey is probably the best sport of all - fast, tough. There is another chance for a Packers beat down of da Bears, or maybe they will win, which means we will both owe or more likely we will get two meals. Great Badger rout over Nebraska tonight, 48-17, eh? Later.