A Matter to Digest 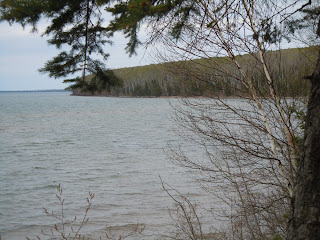 Well folks, I’m home. I’ve been home since Sunday evening, but preoccupied, as I was “studying” for some tests I had to take early Monday morning at the VA hospital. They had me on a fast for the most part, or at least a clear liquid diet since Saturday’s noon meal. Then there was drinking that awful tasting stuff, copious quantities of it, and sitting on the great white porcelain throne for what seemed like hours on end.

That’s right, Colonoscopy, and an Endoscopy to boot!

Since I was having both procedures done on the same day, by the same doctor, in the same room, I made sure I was satisfied that they would not use the same camera apparatus for both tests. And I have to tell you, they said that many of the participants don’t remember the procedure because of the intravenous drugs they pump into your veins. That was my experience. I remember looking at the TV monitor a couple of times, but other than that, I can’t even say I remember getting dressed. They told me that I had asked them to change the channel.
My doctor has been wanting me to get a colonoscopy since I turned 50 years old. That was some time ago as I recently reached the age of retirement just two weeks prior. I finally agreed to the procedure, but insisted that they do the endoscopy at the same time. I never had any problems down on the bottom, but I have had the hiatal hernia stuff in the past with sometimes viscous heartburn along with it up top. 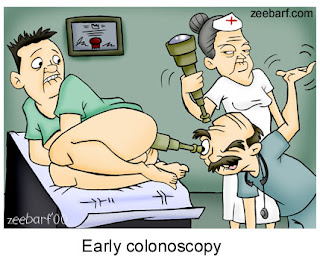 Funny how the week before I was up along the South shore of the Great Lake Superior attending ceremony. I’ll write about this experience on Friday when we all gather to share our Haiku at Rebecca’s recuerda mi corazon blog. Incidentally, scroll down and take a look at the fabulous artwork that will be auctioned off in early June over at Rebecca's site.
Suffice it to say the irony of helping people who are fasting for four days, and then starting a fast for an outpatient clinic procedure when they end their fast was totally weird. We prepared a great feast for the participants of the ceremony to break their fast, then I sit and watch them eat it.
Oh, the results. Well, nothing, nada, zilch. Clean as a whistle. Come back in ten years for another one. Ten years!? I wonder if the doctor was giving me a decree, like he knows I’ll still be around in ten freakin’ years. I kinda hope so. I have a lot to share with the Grandkids.

The esophagus and stomach weren’t quite so lucky, but nothing was found to stand up and wave a red flag about.

So, I still have to unpack the van and get started on a myriad of projects here at Spadoville. I used to be a handyman and did all sorts of things for people. During tough times when no one was hiring for real jobs, the Reagan years, I pieced together a living fixing this or that or installing, remodeling and fabricating things most home owners shied away from. Now, I’m the guy lookin’ for a handyman to take on some of the load.
That’s not all that bad. It’ll keep me busy between mini road trips. Summer is quickly approaching and the calendar has a bunch of choices and options for travel. We’re already trying to decide if we should go to Milwaukee or Ashland over Memorial Day weekend. Maybe we’ll stay home and get some work done. NOT!
Have a great day, each and every one of you.

that cartoon is a bit of a doozy. What fun! Seriously I'm glad they didn't find anything, But it does remind me to get the hubster onto the same things, so thankyou. I'm looking forward to hearing more about your week away. We're coming into winter and have been having icy winds coming up from the antarctic. Sue

Glad you passed your test - looking forward tot he stories. Catch you later.

I used to live on Gaviscon and eventually had an endoscopy - funny business it is! I wanted to watch the screen but there wasn't space in the room for it to be turned round. I guess it was more important for the doctor to see what he was doing than me!
Very glad yours turned out clear anyway.
So I shall wait in happy anticipation to hear about your ceremony :)

Oh yeah....definitely prefer to hear about the ceremony. LOL But thanks for sharing!! (certainly am relieved to hear different cameras were used for the different procedures--but I'm guessing that'd only matter if it was about the order of the procedures....omg...did I type that?!)

Welcome home, sir!
Geeze, you've been missed--but I'm glad parts of the time away were fun!
I'm thinking it was the inbetween bits. LOLOL

I'm glad to know you made it back safely from your trip and that you got through the procedures okay. For a couple of years I worked for a Gastroenterologist - the first female one in the country. One guy wanted pictures of his colonoscopy several weeks after the fact. Since his procedure had been unremarkable the photos had been tossed but we found a nice one in the files that he could have processed and then we wondered if it was headed for the family album :-)

Have a great Holiday weekend.

Oh, how I am dreading having this done! I am like you - hiatal hernia and vicious heartburn and I'm turning 52 and still haven't done it. My doctor is on my case. Ugh.

Good to see you are back and doing well!