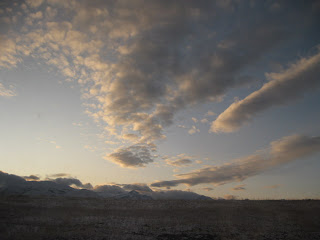 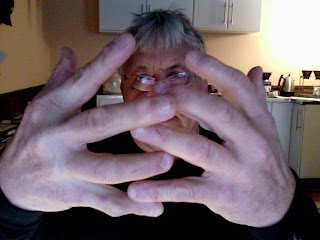 After dinner, back to the scenic car or my seat for some relaxation. At a stop, I might get out and stretch my legs, grab some fresh air and just watch the hustle and bustle of the station platform. There are bathrooms in the depots of the larger stations and the usual array of vending machines. Many people will smoke at the longer stops.
Personally, I like the train experience. If you’re not in a hurry, it may be an option for you. At this time, there are no inspections of your bags or your person like the airlines have, and certainly no one will grope you. That might be the turn off for you, who knows??!!
I have some traveling coming up. I am going to attend another reunion of the military unit I served with. This time in Atlanta, GA. But I’ll be driving with a friend, someone I served with in Vietnam in 1969. We have a lot to talk about and I look forward to the drive, but I will consider the train again soon. There is talk in the Spadoville house about taking a train named The City of New Orleans from Chicago to, you guessed  it, New Orleans, for a few days of chicory coffee, beignets, muffaletta, jambalaya, po’ boys and gumbo. Not at the same seating of course.
Thanks for letting me take you along for the ride.

Thanks for the train trip information, Spadoman! I have never taken a lo-o-ng trip on on a train but one day I'd like to travel across Canada by rail. :)

I've ridden the train once in an emergency when our car totally broke down a hundred or so miles from home and once from Stranraer in Scotland to Manchester England. I think train travel is actually pretty fine - even with 3 kids in tow. It takes longer but the kids can get up and move around more. I would take a train across Canada like my sister did if I had the luxury of time. Because the journey can be part of your holiday if time is something you have lots of. I'd rather train it than drive.

We've threatened to take the train through the Rockies. We've even looked into a train trip through western Canada--gorgeous country yaknow.

And have we?
*sigh*
Nope--but we've done shorter trips and stolen rides any time we can.

I've always wanted to take a train trip. Trouble is you have to drive so far to catch one and hope to get to a city near where you wanna go.

I love train journeys but this sounds like a major adventure! I didn't know the City of New Orleans still ran? We used to sing this song by Steve Goodman - it's a real thrill to know the train is still going!

you bring my memories flooding back..i road trains all over mexico years ago.
now that was adventure.
and many a story to tell...and some better left unspoken!

Great idea here on your Monday Mystery Tour.
We used to travel by train to Michigan every summer as a child. I have many wonderful memories of this, it was such a formal affair...the porters, the dining car. I always loved walking between cars, in that space where the cars connect.
I've also traveled by train in Mexico back in the late 60's, lots of interesting teenage memories that just evoked!
Thanks for this post...

Thanks for taking us along Spadoman!!
Glad you took such a long train tour. It's a pity our country doesn't utilize this form of transformation more!! You were able to see our country this way.
I've taken the train only in Texas, where I once saw a drug bust. It was a monumental memory.

Hugs to you and yours. Have you pulled out that pinata for the family yet?