Getting Ready To Travel 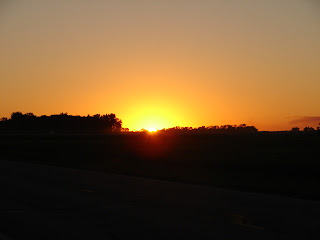 It’s November. The changes in the weather really happen in earnest now. We could have snow on the ground any day. In fact, today is the Minnesota deer season opener. The hunters over there won’t be happy with the mid 60’s temperatures. They’d prefer some snow for tracking. Suffice it to say I’m happy for the stretching of the Fall season, the sunshine and warmer than normal temps, as I plan on riding the Triumph this afternoon.
A motorcycle ride at this time of year is usually not possible because of snow and cold. But with the topsy turvy weather, I’ll be out there. I do have to be careful about the timing of such an outing. We changed the clocks back one hour. Now it gets dark earlier and that can wreak havoc on the quality of road vision as the sun is low in the sky and drops from sight quickly. It’s not that I can’t ride in the dark, it’s that I’d prefer not to, especially when the deer are being hunted and are restless and on the move.
Anyway, gonna get out there and ride because I can. Other than that, the Days of the Dead celebration is over. The altar is down and packed away, and the furniture is back where it was at the start. There are always some projects to do, but slowly and surely they are getting done. What’s  the hurry?
Veterans Day is next week, November 11th. I usually go to a Pow Wow at the Lac Courtes Oreille Indian Reservation up near Hayward, WI. They have been honoring all Veterans at this celebration for many years. In the recent past, 2007 to be exact, I started going down to South Carolina for a Veterans Program put on by an amazing woman, the Matriarch of the Clarks Hill Community, Mrs. Georgia C. Scott. Mrs. Scott will be 94 years old this year and has opened a museum.
You might remember the circumstances that brought me there, the miracle, I should say. If not, or if you might be a newer reader of these chronicles, here are two posts about my trips to Clarks Hill, South Carolina, one from 2007 HERE, and one from 2008 HERE I couldn’t make it last year, but I got a call from an old friend and I decided I could go this year.
Mrs. Spadoman will accompany me and we’ll leave on Veterans Day, Thursday, bright and early. It’s at least 1250 miles down there from where I live, so it will take two full days on the road. Clarks Hill is just North of Augusta Georgia, across the Savannah River. Wish I could ride the bike down as I remember weather to be more like late Summer/early Fall, with trees just getting into the peak of color.
I’ll be busy all week, finishing projects at my daughter’s place and tidying up loose ends around here at Spadoville, in preparation of the trip. Mrs. Spadoman has some vacation time, so the plan is to wander a bit on the way home. One possibility is to make it to Barberton, Ohio, the supposed Chicken Capitol of the World, and try this so-called famous fried chicken and hot sauce we saw featured on a Food Network show called Food Feud
So, not sure how much I’ll be blogging until I return. Of course I’ll take the camera and try to get some photos of the events we’ll be attending, some Shadowy Shots, Ruby Red Shots right along with the unique and beautiful if they present themselves. I'm also excited about doing my own report about the famous fried chicken. In the meantime, feel free to read the above referenced articles about my previous trips to South Carolina and what this journey will mean to me.
In the past, I have taken gifts down there from a Native American Spiritual Elder from Northern Wisconsin. An Eagle feather and an American flag flown at a ceremony in honor of my friend. This year, I will carry a Star Quilt blanket to present as a gift from my family and community up here in the Northland, to their family and community down there in the deep South, offering warmth, security and Peace from one culture to another.

Take care of each other, be kind, practice Peace in all your affairs. I’ll try to do the same.

I love the quiet and meaningful way you go about waging peace. Happy trails to you and Mrs. Spado. Looking forward to your return and those tales and pics you will come back with.

There's been a host of them the past few days--and I've only managed to capture bits of one. Too busy chasing my own tail...*sigh*

It's good, this journey you're about to embark on. I'll look forward to the photos and tales to tell. It's an honour to be able to attend and be a part of that family, no doubt about that.

Safe journey! And I'll hope that the chicken is outstanding cuz the company will be!

Wishing you a wonderful journey and safe travels.

Have a wonderful journey, Joe. Great photo. Your rituals and the plans you have for this trip sound wonderful. Have an excellent Veteran's Day my friend.
Peace,
Noelle

oh I hope you have a wonderful time - and how lovely that Mrs Spadoman gets to go on your trip with you! I'll miss you but I promise to try to be good, as requested

stay safe on your journyeing

(I once holidayed in South Carolina, my sister-in-law drove down with her family from Toronto - a similar drive to yours I imagine)

Wishing you a peaceful, safe and wonderful trip 'Man. We'll miss you but I for one will be thinking of you on that long journey and what sounds likely to be a happy and a heartwarming arrival.
Yes, I'll try and be good and peaceful and caring :)

Very best wishes for the continuation of your wonderful journey toward peace and harmony.

travel safe, and be well