Pictures and My Friend Mel 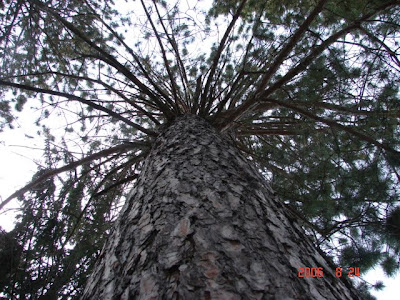 
Motivated and inspired by my friend Mel who writes "Melsdream", I looked through just a few of the thousands of pictures I have on any one of three computers that are up and running at my home, and came up with some photos that I really like. These are all of nature and I have taken them on digital equipment. There are so many more thousands in a large plastic tote box. We've gotten as far as categorizing them by place and ages of the kids, but by no means have them all labeled and in any order.

Taking photos is such an art, and to do it right, they must be labeled and the goings on that are taking place when the photo was taken should be written down. I fail at this. I can honestly say, I like these photos, but I was there, taking the pictures. They are not to be considered professional or even my best effort. I do get lucky from time to time and frame a photograph just right with the available light, but that cultural phenomenon doesn't happen very often. For example, as I was looking through pictures for the choices shown in this post, I thought to myself, "Now where was this one taken? And when was that?" Note to self: "From now on, label each and every photograph you take right when you import them from the camera to the computer from now on, okay?" 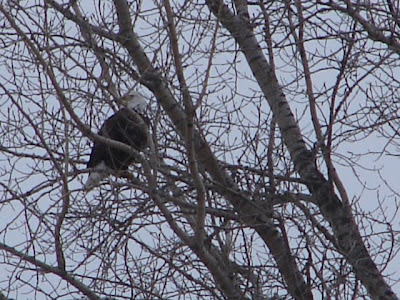 Here are some shots. Mel just posts a photo. Not much of a caption on them. I think she just lets the viewer look at it or makes a little suggestion as to what it might mean to her, or what she sees in it. Of course viewers may see other things, or the view reminds them of another place or experience. It does me. I will look at some of the pictures she has posted recently, of beautiful Fall scenes in what looks like to me, the midwestern rural country, and be reminded of Fall. I'll look out my window and see similar sights, but remember that I saw them two weeks ago, as the winds and rains have changed the view from golden sunlit leaves clinging to trees, to barren branches in black and white against a cold gray sky and mottled dark brown leaves making a carpet over the greenish grass.

I might also mention, Mel also has Fairy visitors that will remark about life and its struggles and joys. As I sometimes struggle through an episode of this time continuum called life. Gentle but poignant reminders of what we might need to have some peace in our hearts. "Fairy Thought for the Day" and "Things I Like" are just but a couple of headings she will use. The ideas are pure, sweet and simple and remind us not to take ourselves too seriously. Her posts have helped me along this path as I fight my demons, and I am grateful. Need an inspiriation from time to time? Then check it out. In the meantime, I hope you like the photographs I've chosen to display.

I'll be busy the next few days, getting ready for our Days of the Dead celebration which will take place on Sunday. 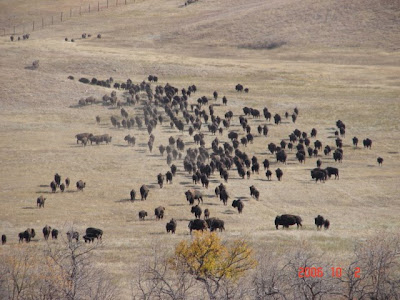 Buffalo getting ready for roundup. 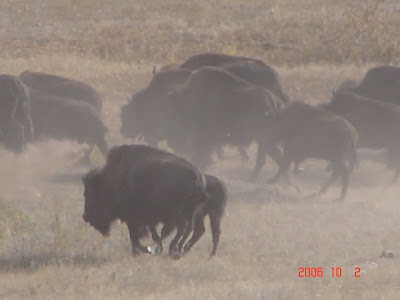 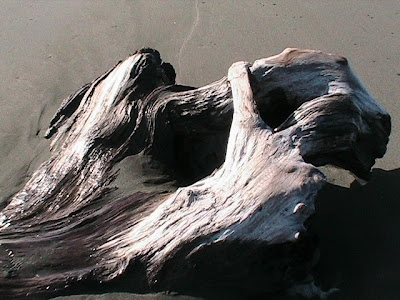 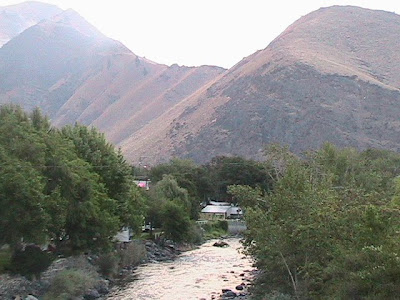 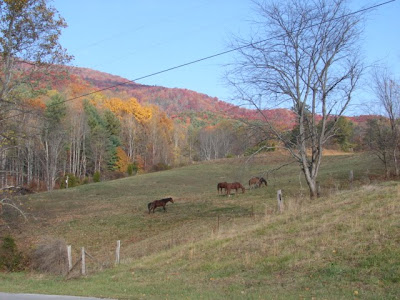 Horses on a Tennessee hillside in November 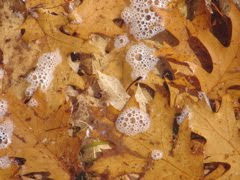 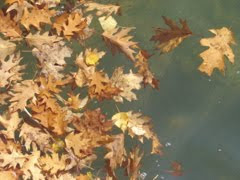 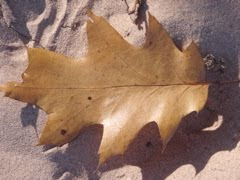 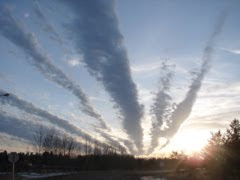 Late Fall sky in Northern Wisconsin
Posted by Spadoman at 7:38 AM

I'm gonna haffta have more than one stare at the captured memories you've shared here, sir.
HOLY moly... I get lucky with my point-and-shoot methods once in about 200 attempts. LOL Which is why I have so little space on the laptop nowadays.
And I'm equally 'bad' at labeling them-- (frankly, I doubt that'll change when I'm taking bazillions every time I take out the camera!)

Camera in hand makes me look at things differently--I slow down a bit, notice more colours, notice how the light's dancing--what's in the shadows. Sometimes I don't bother taking the shot cuz I'm so busy looking, yaknow?

And thank you, sir.
If you walk away with something good from a visit to the weblog, that's just an added bonus. A treasured added bonus.
The pleasure of having the company of some very awesome people has only brought good things to my life.
I thank you for that.

I'm gonna go wander through the herd, stare at that eagle and oooh and ahhhh at the horsies on the hillside again!

they are wonderful photos! I am envious of all the autumn colors.

I should be better about deleting pictures I don't need to keep. If i see something I like...I take 20 pics.
8 are good.
sometimes one is great.

I keep 10.
and I notate where/what they are about half the time.