Travel Plans for the Weekend 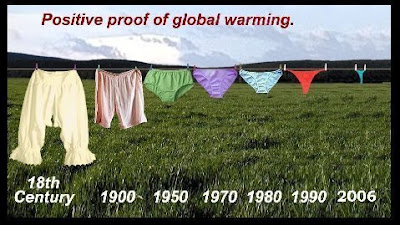 Just a short post to mention a few things. First of all, thanks so much for the encouragement in your comments on the post just before this one. I don't whine much, but I just felt a lot of frustration and vented it all out here. We all have our days, don't we? I appreciate people trying to help out another human being. That, in itself, is a statement that says a lot, not only about the people who write the blogs listed on my side bar, but about people in general. There are good values out there, and good people. I am honored to know a few great ones.

Speaking of great ones, Teddy Kennedy passed away. You may not have liked him, especially if you are a Republican, but he did serve his country all his adult life. Dusty did a nice piece on her "It's My Right to be Left of Center" blog. And like any soldier that we support, this service needs to be recognized as well. Now he joins his brothers. Thanks Ted. It's been an honor and a pleasure.

I'm leaving today for a short week long trip. I'm driving to Hot Springs, SD to meet up with a couple of old buddies. Larry C. and Larry G. There is a small reunion going on at the VA and we're all going to meet there and catch up a bit. We spent a couple of months together there in the winter of 2005 and became quite close. I haven't seen those guys, or even talked to them much, in about a year. I'm looking forward to seeing them for sure! 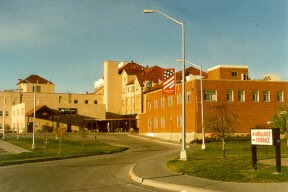 You might remember me talking about my "Larry" friends some time ago. I have a plethora of friends named Larry. I separate them by the first initial of their respective surnames. We'll be having dinner and smoking cigars. Not exactly the behavior I need to be establishing after, what I will call, "The Frustration Post". That was the one before this one entitled Heart Stories. I will attempt to eat a salad and smaller, less fattening entree. I will not inhale the cigar smoke. I will drive safely and adhere to the speed limit most of the time. I promise. Wouldn't want to go against the grain for my friend susan, who pens the "Phantsy That" blog. She told me she'd like to see me around a while longer! That was such a nice thing to say to someone, let alone the fact that we don't really know each other except on blogger.

When I leave South Dakota, I'm heading directly for Duluth, MN to attend a wedding Saturday night. A good friend is getting married and we're invited. I won't eat or drink a lot there either, but I certainly see another cigar in my future. This young gal is a friend to my daughters, and therefore has become a friend of ours. I am grateful for these kind of friendships, the ones that pass over the age barriers. When your children's friends become your friends and it stays that way until the children are adults. That's cool. Shelly is one of those folks. We're delighted to be invited.

So, this post is a bit fluffy and full of good feelings and things. It will have to pass for my Only the Good Friday post this week. The death of Teddy Kennedy is not the best of news, but death is an inevitable part of living, so I won't say it is a bad thing. Unfortunate that we lose anyone, but inevitable just the same.

Incidentally, pertaining to the cartoon above, I wear those that resemble what was worn back in 1900, you know, boxers. I think I'll start a new weekly blog theme and call it, "What kind do you wear?" You can post the results, with pictures! Wait, that wouldn't work, would it?

Take care and be well. Treat others as you would like to be treated. And above all, Peace to all of you.
Posted by Spadoman at 3:58 AM

I'm allowed. Well, I'm allowed to whine about something three times--then I have to get over it and move on.

You just go enjoy the weekend for all it's worth. What a joyous thing to get to attend a wedding AND to reconnect with some of the Larry's in your life.

Be safe, stay well!! And safe journey to you!!

You know, my son's father is a Larry too. We stopped hanging out together many years ago but he's a very good man (learned a couple of lessons as time went by but don't we all?). Anyway, enjoy the cigars and the company and if you get a chance check out this article I read today. I've always lived this way myself so I may just have to post about it. I only listen to doctors when they agree with my own findings :-)

Be well and thanks for the link.

Looking forward to reading about your adventure upon your return.

The pic is hilarious and your added bit was a great accompaniment!

Thank you for the good laugh.

I echo Poetryman. You are hilarious.