I read a post someone wrote about Facebook and how the author didn’t like it so much. Many of the comments mimicked the same about it. The complaints were right on, that is, Facebook crams useless stuff down your throat, lessons your chance of privacy on the internet, generates spam e-mail to your e-mail account and generally is just another tool to gather information and demographic stuff to sell to the corporate giants and the, now tainted as dishonest, US government.

All true, I guess. Maybe it is, most of it. I don’t care. First of all, if the government wants information about me, they can get it anytime they want by other means. I have a drivers license and since I own a home I am part of the public record. Besides, I am a Veteran. You don’t think there isn’t a folder with my name on it at the VA? Facebook can gather all the crap they want about me. Just because I click on a link to a local State Farm Insurance brokers site, the one she uses to advertise her office in Eau Claire, WI, doesn’t make me someone that purchases car and home owners insurance on line from an ad I’ve looked at. Incidentally, the State Farm agent, Deborah Becker, is a very attractive woman and advertises herself in costumes. She has used her pretty face for one, and has a humorous approach to selling insurance. The one that caught my eye was her dressed in pirates garb with black mustache and heavy eyebrows “drawn” on the picture. Since I am a pirate buff, I had to have a look.

My point is that I have had good fortune on Facebook. I have been put in touch with many old friends from my past. Important people in our lives, that had gone on and lived their lives away from where we were, that we had lost all contact with. Young people that worked at YMCA Camp Menogyn way back in the early 1990’s. Old friends from where we grew up. The gal that introduced me to my wife. School chums from elementary and high school. 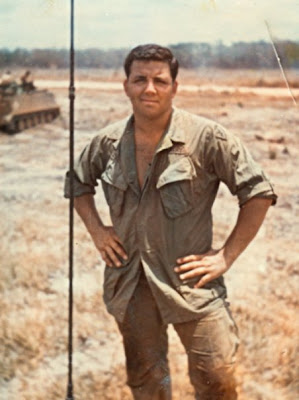 Sure, I could have done searches for these people, but that’s something that takes time and patience, and there are so many. I put my mug and name on Facebook and they come out of the woodwork. It works the opposite as well. I’ll type in a first and last name and find someone. Then there is the friends of friends, many people we knew back when still have contact with others we knew back when.

All in all, it has been a good experience for me. I enjoy talking via e-mail to old friends. Many have exchanged phone numbers and we’ve talked on the phone. We’ve visited a few too and have plans to visit more in the future. One of the biggest thrills I got off of Facebook was an e-mail from a young guy who worked for me back in the 1980’s when I had a small business in Pine City, MN. Pine City was where we lived, along the Snake River in East Central Minnesota, from 1980 to 1989, (see This Post and look for numbers 11-15)

I had a service company and did many kinds of maintenance. This young man mowed lawns for me. He’d drive out to commercial accounts and mow the lawn. He’d clean up the equipment. I also did some janitorial maintenance and Billy, (not his real name), worked for me at numerous businesses along the way.

I hadn’t heard from Billy in over 20 years. In fact, I never gave him much thought. He worked for me. I liked him. But when life went on and we lived it, people like this pass through and life goes on. When I opened Facebook a couple of months ago, I see the icon indicating that I have an e-mail message. I open it and it is from said “Billy” who tells me this:

Seeing your picture brings back a flood of memories,Even tho we haven't talked in 20plus yrs I always remember you as a good person and someone who gave me a chance when no one else had.And I prolly let you down but ive always kept my nose clean and outta trouble and never forgot the lessons I learned from you.Work hard ,be honest and treat others like you want to be treated.I just wanted to say thank you even if it has been 20yrs..your a good man...peace..(Billy

Now I never thought myself anything other than a guy trying to make a living by mowing lawns, cleaning bars and fixing plumbing, (I used to be a pipefitter in Chicago before I got the land in Pine City), and I sure didn’t try to be a father to Billy Boy here. But I guess by being who I am, I made an impression in his life. He felt it important enough to tell me about, and Facebook was the place it happened. Sure, he could have sought me out another way, but he just happened to put in my name and found me and said to me what he had to say. 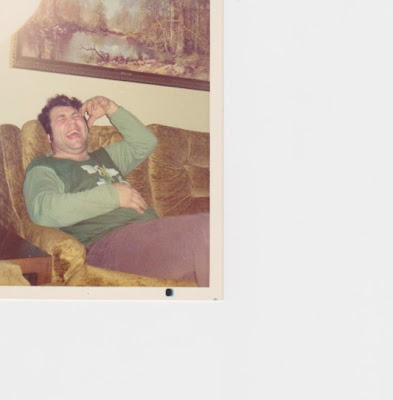 Laughing Joe sometime in the early 1970's. Maybe how some old friends might have remembered me.

I appreciated his words. In life, you just don’t get many chances to hear about what impact you might have had on people. In the Army, you got a medal maybe, or an old Army buddy finds you and shakes your hand. School mates have reunions and such. But when you move as often as I did, and change your phone number, etc, etc, you lose the contact and get lost in the shuffle. I was pleased to talk with a couple of gals I went to high school with and find out they remember me in a good way. (They liked my dimples), and a friend I played with as a twelve year old remembers me too.

If you go to This Post, and scroll down a bit, you can read what my school mate said about me. On Facebook, we connected and now we talk on the phone and will meet up in the Chicago area soon as I have a trip planned in that direction. 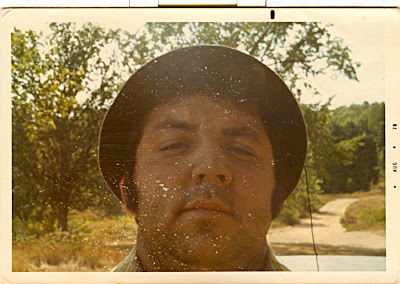 About 1971 on a fishing trip, first time to Minnesota

This post isn't about bragging that I am this great individual. It is about the few virtues of Facebook and how I have been blessed with correspondence from people out of my past.

Those of you that think Facebook is bad, please don’t get the idea that I am trying to change your minds. Have your own opinion for sure. It is none of my business at all. And I can say with much certainty that I will agree with most of your complaints about the whole idea of it in most cases. But my experience has been good. No, I don’t play Mafia wars. But I do send little “gifts” to people I want to pay a little attention to. I am hoping they get them and feel as though someone thought of them that day. Or the “Poke”. On Facebook, you can Poke someone. No message, no words of pictures. Just a poke, a nudge, telling them you saw their name and are thinking of them. Sort of like the poking you might do while standing in line at the movie theater at the Saturday matinee when you were twelve.

In other news, the possibility exists that I will leave Tuesday afternoon to ride to Michigan on the motorcycle with a couple of buddies. I might be gone for a few days. I’ll catch up on Facebook and Blogger when I get back.

Thanks for all the coffees! Not only can you have fun, find long lost relatives and friends pretty quickly, but it's a great networking tool, too. ;-) As you probably noticed, I don't play with a lot of the apps, but I've developed closer relationships with some of my blogger friends - you included - and found an awful lot of really wonderful people who share my passions and beliefs.

No, I haven't met or even talked to some of them in person, but I have developed many good frienships by being careful. Like anything else on the internet, you have to watch out for yourself, and if you don't know what you're doing don't do it until you find how to do so safely. What I'm getting at is that personal responsibility thing we're all supposed to be embracing these days. ;-)

Hey, do you have Skype yet? Hint, hint. HAG1

I think it's another wonderful way to connect--and any connectedness to another human being and their life, is a very good thing.

It ain't all about MEMEME. Living life is so much more when it's about other people and touching lives. Of course, that's just one person's opinion. (mine...LOL)

More than just words on a screen, there's real lives waiting to be touched, yaknow?
It's very cool to get the feedback on how we've mattered in the life of another human being. That's the kinda stuff that validates and encourages us to keep doing what we're doing.

*kicking the soapbox*
Sorry-- LOL I do carry on!

Good for those folks who saw fit to seek you out and to let you know. And good for you to keep persuing the connectedness!!

everyone i know is on facebook- except me :) hubby's uncle and aunt came to visit over the weekend- she uses it for class reunion stuff and whatnot. i have been invited several times by all different folks. i can't even keep up with my blog- although at the rate everyone is facebooking and tweeting- blogs are on the way to becoming obsolete. sigh. find enjoyment and entertainment where you can. if you like facebook- that's great.