Lighten Up a Little

Just thought I'd inject some humor into the blog today with a few thoughts. It's a slow news day except for constant bantering about how freakin' hot it is. So it's hot. If you have a computer, you probably have air conditioning. If you don't have A/C, either sell or pawn your computer and get a small window unit to cool yourself down, or go to Walmart and use theirs for a couple of hours. For my friends in OZ, it's Winter? I don't believe it!

So, the kids were watching something on TV the other day. Actually, it was Anna, the 14 year old. She knows everything you know? She had the closed captioning on. I guess it was just too loud and noisy having other people in the room talking, so she used that feature that allows the words the actors are speaking to be printed at the bottom of the screen.

I have trouble with some words and letters because of astigmatism. I told her to turn it up a little. She responded, "There is no sound, I'm using closed captioning."

I said, "I know, but don't the letters get bigger on the captions if you turn the sound up?"


I think it's a good idea if they don't have that function to invent it. Like large print books or large print keyboards. In fact, I think they should bring back the old analog phones with the big-as-yer-thumbprint numbers so I can see them to dial. (I don't think we 'dial' anymore, just like the cell phone doesn't 'ring'. Some things need to be changed.) Also big enough for my island sized paws to press down on a letter to send a text.

Example of a text I sent the other day:

Plz c if amma cam done over, i neerd tp asl her a question. thz

Talk about the fat fingered mambo on the keypad, I had a hard tome fit]guring out what I chad tried to say when my daughter asked me to interpret the message!

Another idea that came to mind is a new design for a plastic pitcher. You know how the person that takes the last slug from the lemonade leaves about a 1/2 ounce in the bottom of the pitcher, then puts it back into the refrigerator? Well, the one I'm inventing has a false bottom. It looks like there is an inch of liquid when the pitcher is empty. So, the last person to pick it up has to fill it and can't put it back into the fridge with 1/2 ounce left.

"How do we police this?" you ask. Well, it's simple. The pitcher has a hangman sign on the side of it to remind the user that if they put it back into the fridge empty, they will hang from the yard arm. (Might as well infuse some of the Pirate lore into the household, Aurghhhg Matey) 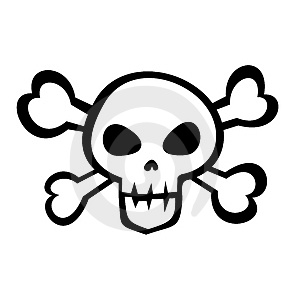 Lastly, I was talking with some folks the other day and the subject of kilts came up. You known the Scottish with their bag pipes, kilts, single malt whiskey and aptitude for being thrifty? Well, each year at the Triumph Motorcycle Rally in Taos, there are a couple of mates that wear a traditional kilt to the Saturday night Meet and Greet BBQ. The connection of Scotland and the British made Triumph brand and all.

So, I heard about some working man's kilts, similar to the rugged heavy cotton twill of tough wearing Carhartt work jeans. I looked it up and found this great site that sells Made in America kilts for any occasion, but does indeed cater to the working man, (or woman), with work wear kilts. 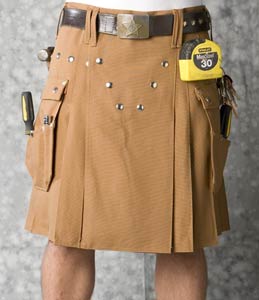 I am definitely going to order a pair of these to wear at the rally in September. The hardest decision will be to decide whether or not I will go commando or not. I say yes, what do you think? If not commando, my red micro-fiber breathable boxer briefs might do the trick in the event of the cooler weather that sometimes appears up in the mountains that time of year.

There you have it. My mid-week thoughts and reflections. "Hot", you say? ( Not the kilts, I know I'd look HOT wearing them, I'm talking about the stupid weather we're having.) Just maybe a tad. Might be frying my brain. Why else would I think up stuff like this?

Kilts are so cool.
I mean they must be, with your junk swaying in the breeze. ;-)

Happy Hot Wednesday, Man !
Peace and love to you !

My dad had a dress kilt and to this day, I have no clue whether he went commando or not. I'm thinking yes.

I love men in kilts BTW so make sure someone gets your picture.

I always wonder if a man wearing a kilt is au naturale underneath. I'm inspired to say you painted a vivid picture of what you would look like riding up on your motorcycle sans underwear. I say, do it right. The heat does strange things to the brain. Humidity is the worst.

I've nominated you for the Liebster Blog Award. See my post at http://mysticmissive.blogspot.com/2012/07/liebster-blog-award.html

Hurry and patent that idea about closed captioning getting bigger as you turn up the sound. Someone's gonna steal it and make their million..... JUST sayin'!

And I'm sheepishly going to admit that I remember rotary phones, party lines and RINGING phones. G'head and ask what 'tone' I have on the stupid cellphone... *laughing* I don't! I make it vibrate so it's not intrusive to the folks around me.

And tonight I'm listening to the noise of the fair, laughing at the hordes of people who walk by with hordes of their friends, all on their posh cellphones doing something or other--nary a word to the company they're keeping.

*laughing* It's a silly world, huh?

Ummmmm.....you in that kilt?
Only if it comes with powertools attached!!

No worries......I know where Walmart is. LOLOL