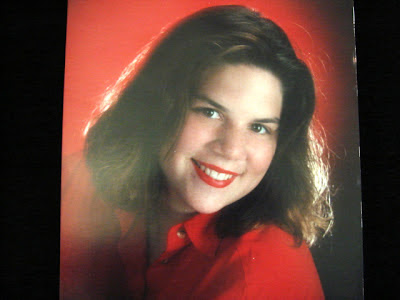 Peace to all. Safe travels when your on the road. Let you see no hatred. Let your hearts be at peace and all around you be serene. Love, yourself and each other.
Posted by Spadoman at 11:14 AM

My thoughts are with you today. I hug all the time. I'm sending you and Barb one big hugh smush of a hug. Love ya

You know I love you guys. You've helped me so much. You've helpe me help other people. I know what you mean about the pity part. sometimes I just want to people to know, that this person lived here with us all for awhile, and look at all the great things he did. Look at all the great things she did. May her spirit surround you today with all of its peace and comfort and beauty and joy.

No pity, just good thoughts to you and yours...today and always. My older daughter was just here visiting for a few days. I read this post right after I walked her to the car, and we both cried, like always, when we hugged goodbye. Your words were a poignant reminder of just how precious these bonds are. I cherish them daily. Much love, Joe.

I love you so much! Thank you for being part of my life!
Sonj

Thank you so much for sharing your thoughts with us today.

Rather than pity, think of it as a deep, sincere, compassion from other parents and from people who obviously care about you.

Thinking of you and your loss!

Sending positive vibes your way, to you all!

Thanks, Joe. It's good to have a reminder sometimes to appreciate what/who we have. Hugs.

Thankfully I have come to realize what is important in my life and I nuture and cherish all my family and friends and try not to waste a moment on crap that just doesn't matter.
Thanks for sharing. All my love to you and Barb.

She was beautiful.
Going to hug Hubby right now.
:-)

Dam Brother, I just don't have the words...

Peace to you and your family and all whose lives Maggie touched, too. ~~ D.K.

Thanks so much. I can't get over the thoughtful kindness you all send my way. I ask that your lives be peaceful as well. Thanks so much.

Thanks so much for posting this. What a beautiful daughter.

Joe, I was going through your archives for things I had missed. Although I knew about Maggie, I hadn't seen your story. She was beautiful. I'm sure that she had the same inner beauty (inherited from her father).
My thoughts are with you, as I read this belatedly.